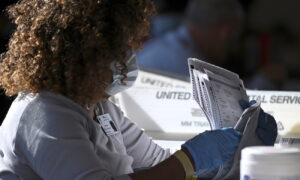 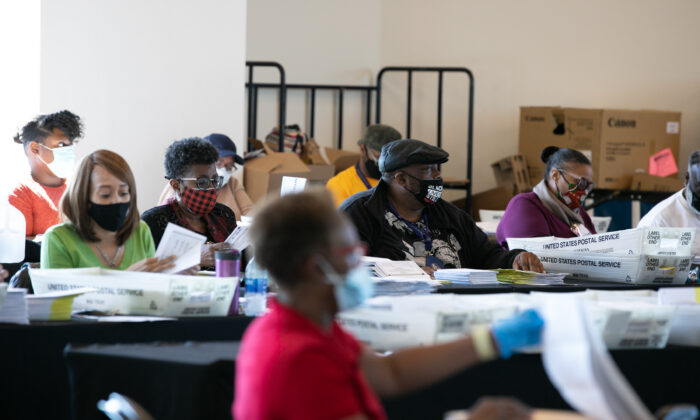 Over the past week, Trump and his campaign have said there were voter fraud and irregularities that favored Biden in key swing states.

In a news release, the campaign asserted that Deborah Jean Christiansen from Roswell, a suburb of Atlanta, voted in the last election. She died in May 2019, but someone registered Christiansen to vote on Oct. 5, according to the campaign, which cited voter records and the Atlanta Journal-Constitution (AJC), which “ran an obituary announcing Christiansen’s death at the time of her passing. ”

“Someone used the identity of James Blalock of Covington, Georgia to cast a ballot in last week’s election, even though Blalock died in 2006. Blalock’s death notice ran in the Journal-Constitution shortly after he passed away that year,” the campaign claimed.

Another person—Linda Kesler—of Nicholson, Georgia, appeared to have voted in the past election, the campaign said. According to a Journal-Constitution obituary, she died in 2003.

“Edward Skwiot of Trenton, Georgia is shown as having cast a ballot last week, even though he died in 2015. The Chattanooga Times Free Press ran a death notice in April of that year,” Trump’s campaign asserted. “These victims of voter fraud deserve justice, and legal voters should be able to have confidence that their votes are not rendered meaningless due to illegally cast votes.”

Georgia’s Secretary of State office has not responded to a request for comment on the campaign’s latest allegations.

Meanwhile, Georgia Secretary of State Brad Raffensperger said that his state will carry out a manual hand recount of ballots cast during the Nov. 3 election.

“This will help build confidence. It will be an audit, a recount, and a recanvas all at once,” Raffensperger, a Republican, said at a press conference Wednesday. “It will be a heavy lift.”

He said the state will work with county officials to complete a recount before the state’s Nov. 20 deadline.

State GOP officials have alleged there are other inconsistencies in the vote-counting process, which was acknowledged to an extent by Richard Barron, the chief of the Fulton County Elections.

“Let me repeat. Fulton County elections officials told the media and our observers that they were shutting down the tabulation center at State Farm Arena at 10:30 p.m. on election night only to continue counting ballots in secret until 1:00 a.m.,” said David Shafer, the head of the state’s GOP, on Twitter earlier this week.

Barron told the AJC a week ago that he indeed sent home workers at 10:30 p.m. on Nov. 3 before saying that Republican observers believed the vote-count was done for the rest of the night. He said that five county workers did the final tally of ballots until around 1 a.m. on Nov. 4. A state observer was also present, he said.

The entire process appears to have been mismanaged at the state level, claimed Sens. Kelly Loeffler (R-Ga.) and David Perdue (R-Ga.), who called on Raffensperger to step down earlier this week. He refused.

The Epoch Times hasn’t called the race for either Trump or Biden and will wait until outstanding legal challenges are completed. Several news outlets called the race for Biden on Saturday, although the Electoral College and states are the bodies who certify a presidential election.