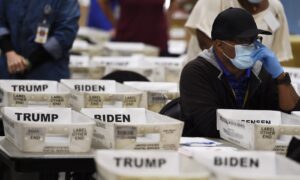 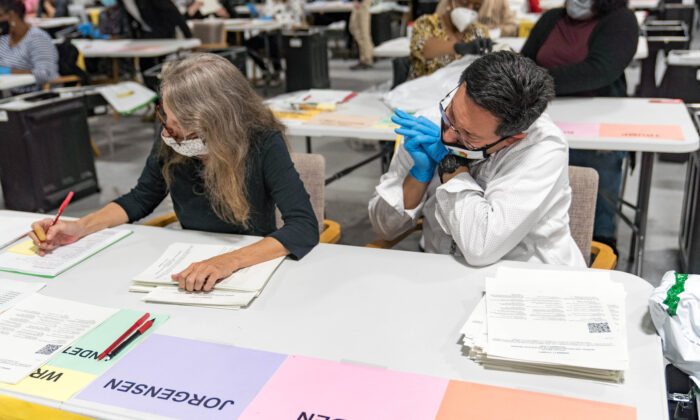 The largest hand recount of ballots in U.S. history began in Georgia on Nov. 13, ahead of a Nov. 20 deadline to certify state election results. The Trump campaign is challenging the recount process because it did not include signature matching.

After Georgia election officials released the results of the hand ballot recount, the Associated Press and Fox News on Thursday night projected a win for Biden in the state, which holds 16 electoral votes.

“Headlines are already falsely reporting that Joe Biden is declared the winner in Georgia. Sorry, media, that’s not how it works. The State of Georgia has not certified its results, and it should not,” Trump campaign senior legal adviser Jenna Ellis said in a statement. “This so-called hand recount went exactly as we expected because Georgia simply recounted all of the illegal ballots that had been included in the total.”

“We continue to demand that Georgia conduct an honest recount, which includes signature matching. We intend to pursue all legal options to ensure that only legal ballots are counted,” Ellis added.

As more votes are uncovered in Georgia, this race has continued to narrow.

Americans want a fair vote with an honest count — it should not be a difficult ask.

While media outlets can make their own projections as to the winner of the election, state electors and the Electoral College are the bodies that are officially tasked with declaring a presidential winner. Each state has different deadlines for when officials must certify their election results, and the Electoral College votes on Dec. 14. Inauguration Day is Jan. 20, 2021.

Almost ZERO ballots rejected in Georgia this election. In years past, close to 4%. Not possible. Must have signature check on envelopes now. Very easy to do. Dems fighting because they got caught. Far more votes than needed for flip. Republicans must get tough! @BrianKempGA

The president’s personal lawyer Rudy Giuliani told reporters at a press conference Thursday that the Trump campaign will file a major lawsuit in Georgia as soon as Friday.

The lawsuit will include voter fraud allegations, among other charges, Giuliani said.

He claimed that Georgia’s recount didn’t mean much because workers weren’t analyzing the ballots the right way.

Zachary Stieber and Jeff Carlson contributed to this report.