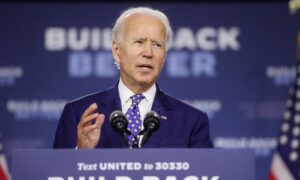 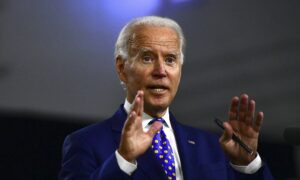 Biden Not Traveling to Milwaukee to Accept Democratic Nomination
0 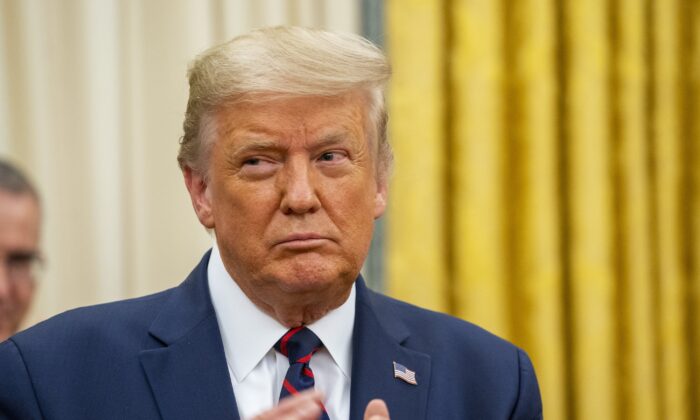 President Donald Trump participates in an event in the Oval Office of the White House on Aug. 4, 2020. (Doug Mills/Pool/Getty Images)
2020 Election

Joint fundraising efforts brought in more than $165 million last month, bringing the cash on hand to more than $300 million, according to Trump’s campaign and the RNC.

The haul eclipsed the total raised in any single month in 2016, when Trump won the election over rival Hillary Clinton.

“Voters express their support for President Trump in many different ways and donating to his campaign is one of the most personal, because they feel invested in his successes and the future success of the country.”

Biden’s campaign and the Democratic National Committee (DNC) said they raised $140 million in July, putting cash on hand at $294 million.

Most of the donations were from grassroots donors, and the average online contribution was $34.77, Jen O’Malley Dillion, Biden’s campaign manager, said in a statement.

“The Biden campaign is on the march, building off the incredible momentum from this summer with another lights-out fundraising month, banking another $50 million for the final stretch to election day,” she said.

“Fueled by our growing community of grassroots supporters, we are rapidly expanding our operations around the country to create many paths to the 270 electoral votes we need to defeat Donald Trump this fall and win the battle for the soul of our nation.”

During a virtual fundraiser on Aug. 5, Biden noted how much his campaign has raised.

Biden’s campaign and the DNC raised $141 million in June, besting the $131 million haul the Trump campaign and its committees reported.

The Republican National Committee recently hired 300 additional field staffers, bringing the total operations for Trump Victory, the effort to reelect Trump, to more than 1,500. That’s more than double that of Biden’s field operation, the committee said.

Biden’s campaign, meanwhile, announced this week that it booked $280 million in ads, including $220 million in television airtime.

Trump’s campaign has reserved $147 million in ads through the fall.