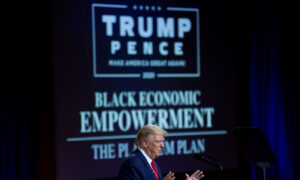 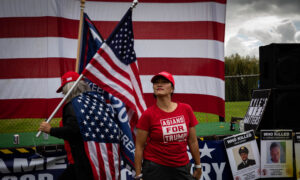 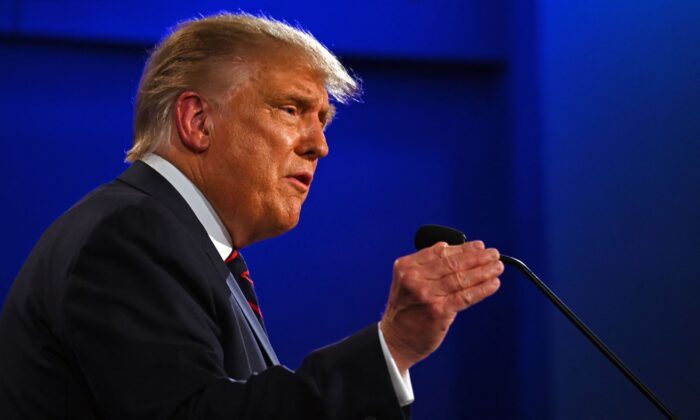 “The president in the clip you just played, when asked if he would condemn these groups, he said ‘sure.’ He said it many times,” Hogan Gidley, the campaign’s spokesman, said during an appearance on CNN’s “New Day.”

“Just not last night, in the past as well. He’s condemned white supremacy by name on multiple occasions.”

When Democratic presidential nominee Joe Biden mentioned the Proud Boys, a right-wing group, Trump said, “The Proud Boys: stand back and stand by.”

Asked what Trump meant, Gidley said the president “wants them to get out of the way.”

“He wants them to not do the things they say they want to do. This is a reprehensible group,” Gidley said.

“He said ‘sure’ three times,” Jason Miller, another campaign official, said during an appearance on NBC later in the day.

According to the Proud Boys website, the group’s core values include supporting free speech and gun rights, being against the war on drugs and racism, supporting minimal government and strong borders.

Trump has also spoken out against white supremacists in the past and directed militia groups not to confront demonstrators, Gidley noted. He also recently unveiled a plan that included a proposal to designate Antifa and the Ku Klux Klan as terrorist groups.

Gidley then noted that Biden spoke at a funeral for a one-time leader in the Klan, late Sen. Robert Byrd (D-W.Va.).

Andrew Bates, a spokesman for Biden’s campaign, said Sept. 30 that Trump “told a violent white supremacist group to ‘stand by,'” accusing him of looking “unhinged to voters.”

The Proud Boys leader, Enrique Tarrio, said late Sept. 29 in response to Trump’s remarks that the group was standing back and standing by.

“He did an excellent job and was asked a VERY pointed question. The question was in reference to WHITE SUPREMACY … which we are not,” Tarrio wrote on the social media website Parler. “Him telling the ProudBoys to stand back and standby is what we have ALWAYS done. I’m am extremely PROUD of my Presidents performance tonight.”