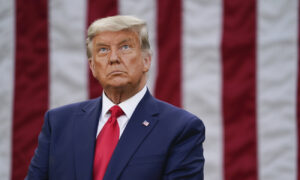 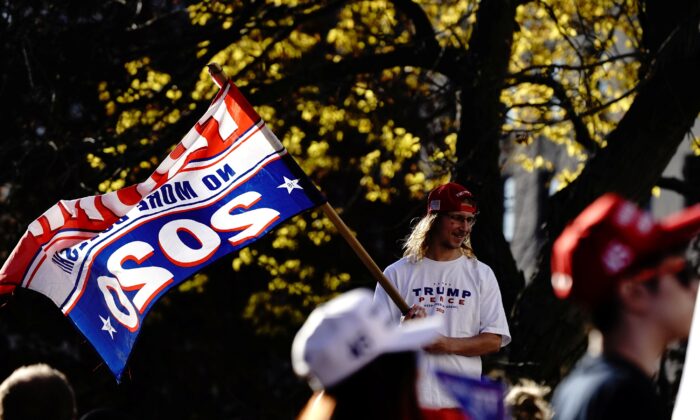 President Donald Trump’s campaign filed a lawsuit on Tuesday to the Wisconsin Supreme Court, alleging there is clear evidence of illegal action that altered the outcome of the presidential election.

The allegedly unlawful actions affected at least 221,000 ballots, according to campaign officials.

One of the issues concerns municipal clerks being directed by state election officials to complete ballots that weren’t fully completed.

Michael Gableman, a former Wisconsin Supreme Court justice, told The Epoch Times that the guidance went against state law. A spokesman for the Wisconsin Elections Commission said the guidance was approved by the commission unanimously in 2016.

Another alleged violation of state law, the Trump campaign says, is municipal clerks issuing mail-in ballots to voters who did not apply for them.

“Wisconsin law expressly requires that absentee ballots may not be issued without receiving a written application requesting the ballot. Despite clear statute, clerks in Madison and Milwaukee issued thousands of absentee ballots without collecting a written application during the two-week in-person absentee voting period that ran from October 20, 2020, through November 1, 2020,” the campaign said.

The campaign also accused the city of Madison of creating illegal polling locations at parks and other places through voting events called “Democracy in the Park.”

In addition to the suit, the campaign filed a memo with supporting information.

Requests for comment sent to the office of Madison Mayor Satya Rhodes-Conway and the Madison city clerk’s office weren’t returned. The Milwaukee city clerk directed an inquiry to the city’s Election Commission, which didn’t respond to an email.

A Wisconsin Supreme Court spokesman acknowledged receipt of the filings in an email to The Epoch Times. He said there is no set timeline for the court to decide whether or not to take the case.

“The people of Wisconsin deserve election processes with uniform enforcement of the law, plain and simple. During the recount in Dane and Milwaukee counties, we know with absolute certainty illegal ballots have unduly influenced the state’s election results. Wisconsin cannot allow the over three million legal ballots to be eroded by even a single illegal ballot,” Jim Troupis, counsel to the campaign, said in a statement.

“We will continue fighting on behalf of the American people to defend their right to a free and fair election by helping to restore integrity and transparency in our elections.”

Several non-campaign lawsuits are being considered by courts in Wisconsin.

The Thomas More Society’s Amistad Project asked the Wisconsin Supreme Court last week to declare the election results in dispute because of irregularities. Officials responded by asking the court not take the requested action.

Another lawsuit was filed to the state’s highest court seeking to block the state from certifying the election results, alleging the use of ballot drop boxes is illegal.

Wisconsin officials on Monday signed paperwork to determine the results of the election and Gov. Tony Evers, a Democrat, signed the certificate of ascertainment, which formally awards electoral votes to Biden.

Biden is marked as the winner of the state by about 20,000 votes.