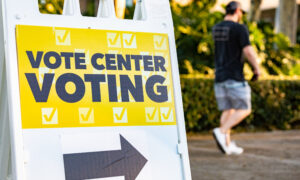 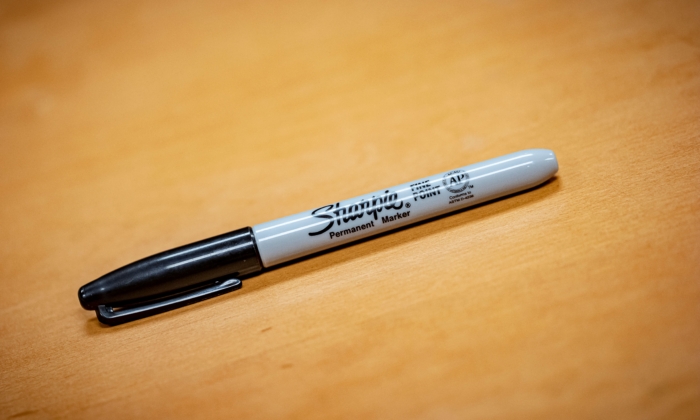 A Sharpie brand marker sits on a table in Phoenix, Arizona, on November 5, 2020. (OLIVIER TOURON/AFP via Getty Images)
Donald Trump

The Trump campaign and Republican National Committee on Thursday asked an Arizona judge to let them join a lawsuit that alleges vote tabulation equipment in metro Phoenix was unable to record a voter’s ballot because she completed it with a county-issued Sharpie pen.

They argued that anecdotal accounts of potential tabulation errors resulting from Sharpies demand further review and that they should be allowed to participate in the lawsuit because it will likely affect their interests in the tabulation of votes.

The lawsuit (pdf) seeks a court order for all Maricopa County voters whose ballots were rejected as a result of using a Sharpie to be given a chance to fix their ballots. It also asks for such voters to be able to be present while election officials count their ballots.

The Arizona Democratic Party earlier asked to join the lawsuit, arguing that Democratic voters could be disenfranchised if the woman who filed the lawsuit was able to challenge a voter’s intent in making ballot choices without knowing the applicable standards.

A judge is holding a hearing Friday in Phoenix in the lawsuit by Phoenix-area voter Laurie Aguilera, who also alleged ink from the marker bled through the backside of her ballot and that poll workers refused her request for a new ballot. Aguilera is being represented by the Public Interest Legal Foundation (PILF).

“These voters were denied the right to vote. Arizona election officials allegedly were part of the problem, and denial of the right to vote should not occur because of failures in the process of casting a ballot,” PILF President and General Counsel J. Christian Adams said in a statement. “We are asking that all ballots that were uncured or denied be identified and allowed to be cured.”

Former Vice President Joe Biden was ahead of President Donald Trump in Arizona at 1:10 p.m. on Nov. 6 by 43,779 votes, with more than 300,000 votes yet to be reported. Biden’s lead has shrunk since election night, when The Associated Press and Fox News projected he would win the state.

Arizona is one of eight states where a clear winner has not yet been projected. Recounts are pending in Georgia and Wisconsin. The Trump campaign has filed lawsuits in Michigan, Pennsylvania, and Nevada, where votes were still being counted. Trump still holds his lead in Alaska and North Carolina.