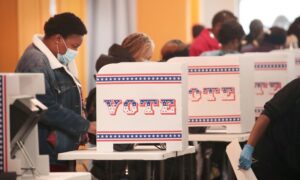 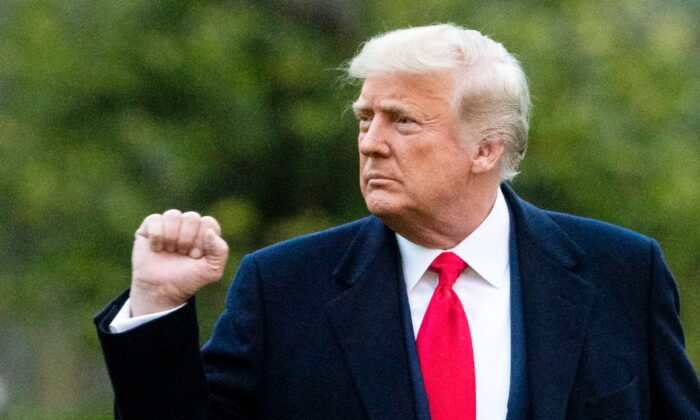 President Donald Trump pumps his fist as he departs on the South Lawn of the White House on Dec. 5, 2020. (Al Drago/Getty Images)
Wisconsin

The Trump campaign announced Dec. 29 that it was asking the Supreme Court to set aside Wisconsin’s presidential election, and to allow the Republican-controlled legislature to choose how to cast its 10 electoral votes.

The campaign asks in its filing (pdf) that the Supreme Court declare the state election “failed.” It also asks justices to allow the Wisconsin Legislature to appoint presidential electors to replace those pledged to Democratic presidential nominee Joe Biden.

Trump lost the battleground state to the former vice president by about 21,000 votes, according to official records.

“This Court is likely the only institution of our government capable of credibly resolving the controversy over this election,” Trump’s legal team stated in the filing.

Unless the campaign’s request to expedite the cases is granted, it will likely be moot before it’s able to be considered by the nation’s highest court.

That lawsuit was rejected by a narrowly divided Wisconsin Supreme Court on Dec. 14 in a 4–3 ruling, which saw the court’s three liberal justices joined by Justice Brian Hagedorn, a conservative, who said three of Trump’s four claims were filed too late and the other was without merit.

Jim Troupis, Trump’s lead Wisconsin attorney, said in a statement that the Wisconsin Supreme Court “refused to address the merits of our claim.”

“This ‘Cert Petition’ asks them to address our claims, which, if allowed, would change the outcome of the election in Wisconsin,” Troupis said. “Three members of the Wisconsin State Supreme Court, including the chief justice, agreed with many of the president’s claims in written dissents from that court’s Dec. 14 order.”

The Dec. 29 appeal by the Trump campaign asserts that officials in the state exceeded their authority under state law to make provisions for receiving ballots.

It argues that voters who weren’t “indefinitely confined” were allowed by state and local officials to request absentee ballots. Voters in Madison were also allowed to deliver ballots to a “Democracy in the Park” collection event, and clerks were allowed to fill in missing personal information from absentee ballot envelopes, the campaign argues.

Dozens of lawsuits in key battleground states and before the U.S. Supreme Court have so far mostly failed. Trump has asked courts to reject ballots cast under questionable circumstances, including under alleged violations of state election laws and other improprieties such as Republican poll watchers being denied “meaningful access.”

In a blow to Trump’s legal efforts, the Supreme Court earlier this month declined to take up two of his cases challenging the election process in key states. Some 120 House Republicans signed on to that failed effort.