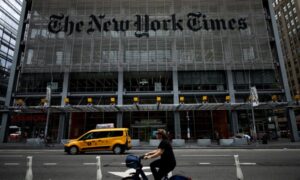 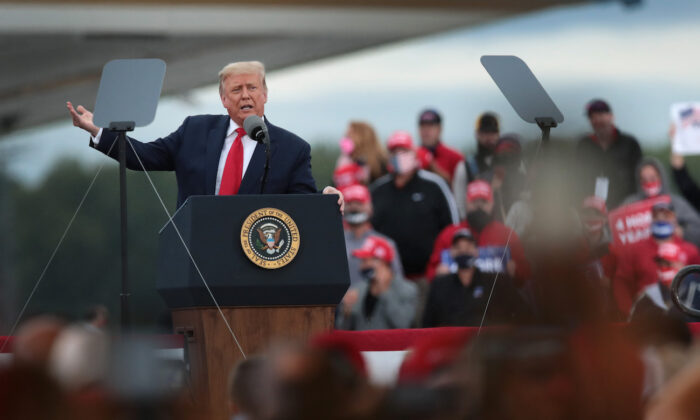 A New York Times reporter was asked to leave a campaign event for President Donald Trump after she refused to go to the designated press area, the Trump campaign told The Epoch Times.

Kathy Gray, who did not apply for credentials, was in the general audience in Michigan on Thursday but still reporting, a campaign official said Friday.

Established rules say reporters must stay in a designated press area from right before the president arrives and through the duration of his stay.

Gray was told she could stay where she was and not report but she declined, so she was asked to leave, the official said.

Gray posted a number of tweets about the situation, writing that she was among thousands at the rally in Freeland and estimating that only about 10 percent of the attendees were wearing masks.

In one post, she wrote: “Crammed in crowd in the rain for trump rally in michigan. Not many masks.”

Gray noted when Air Force One landed before announcing that she had “been kicked out” of the rally.

“First for me: Trump campaign tracked me down from pics i tweeted and escorted me out,” she said.

A New York Times spokesperson told The Epoch Times via email: “We’re disappointed that the Trump campaign refused to credential our freelancer and then, when she registered and attended as a member of the public, they ejected her from the event. Our goal is to cover these campaign events and talk to voters about the candidates, and that’s what Kathy was trying to do.”