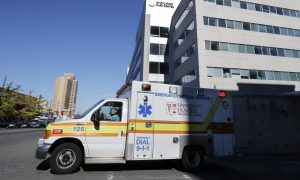 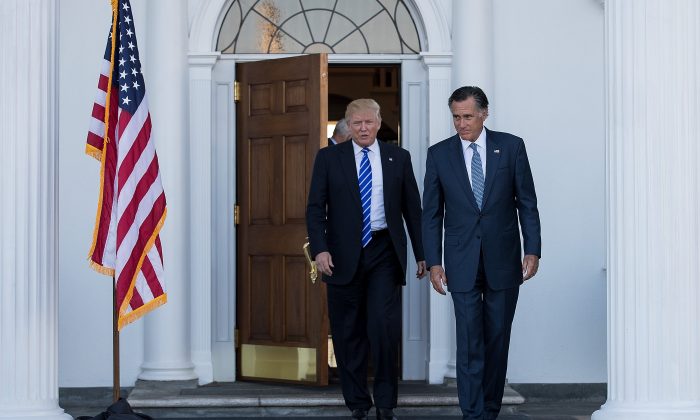 Trump Hopes Romney Will Be a Team Player Following Op-ed

“Here we go with Mitt Romney, but so fast!” Trump wrote in a Jan. 2 tweet, pointing to the fact that Romney came out bellicose even before taking his oath of office.

“Question will be, is he a Flake?” Trump continued. “I hope not.”

“I retired him. I’m very proud of it. I did the country a great service,” he said during a Nov. 7 press conference. “He is retired. I’d like to call it another word but we’re going to treat him with great respect.”

Romney opposed Trump’s run in 2016 but then toned down the rhetoric, especially after Trump endorsed him for the Senate seat.

Reportedly, Romney even met with Trump to pitch himself for the State secretary job after the 2016 election.

In October, Romney denied he was a leader of the “never Trump” Republicans, saying Trump’s policies “have been pretty effective.”

“I support a lot of those policies,” he said.

In his Jan. 1 Washington Post op-ed, Romney said Trump “has not risen to the mantle of the office,” lacks in “qualities of character,” and his “words and actions have caused dismay around the world.”

Trump called on Romney to get to work on the administration’s agenda in Congress.

“Would much prefer that Mitt focus on Border Security and so many other things where he can be helpful,” he said. “I won big, and he didn’t. He should be happy for all Republicans. Be a TEAM player & WIN!”

Republicans increased their Senate majority from 51 to 53 seats in the midterms, promising a smoother ride for Trump’s judicial appointments, which mostly need to be confirmed by the chamber. The new Senate will also be more aligned with Trump’s agenda. Among his most vocal Republican opponents, Flake and Sen. Bob Corker (R-Tenn.) didn’t run for reelection, while Sen. John McCain (R-Ariz.) passed away in August.

Democrats, however, gained control of the House of Representatives and are expected to do their utmost to block Trump’s agenda.

Romney has never fully, publicly committed to Trump’s agenda. His choice to write an opinion piece criticizing the president from his own party raises the question of whether Trump can count on his support when the going gets tough.

“What a miserable start to @MittRomney’s time in the Senate,” commented Fox News contributor Liz Peek in a tweet. “Cannot imagine what he hoped to achieve unless he thinks he can run again for the Oval Office. Not happening.”

Romney ran for president in 2012 against Barack Obama. He was happy to receive Trump’s endorsement then, calling himself “not quite as successful as this guy, but successful nonetheless,” CBS News reported. Yet Romney failed, reaching 206 electoral votes compared to then-President Barack Obama’s 332.

During a Jan. 2 cabinet meeting, Trump commented that if Romney fought Obama as hard as he fought him “he would have won the election.”

“Because nothing is more appealing to Republican voters than a guy who is happy to have Trump’s support in the campaign, then turns on Trump after the election and writes a nasty piece about him for the Washington Post,” Hume commented on Twitter.

In Utah, Trump had a 51 percent job approval rating (77 percent among Republicans), according to the October Hinckley Institute poll.

Trump expressed hope during a cabinet meeting on Jan. 2 that Romney will eventually come about.

“I think he’s going to end up being a team player,” he said.