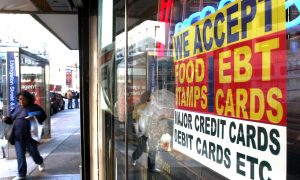 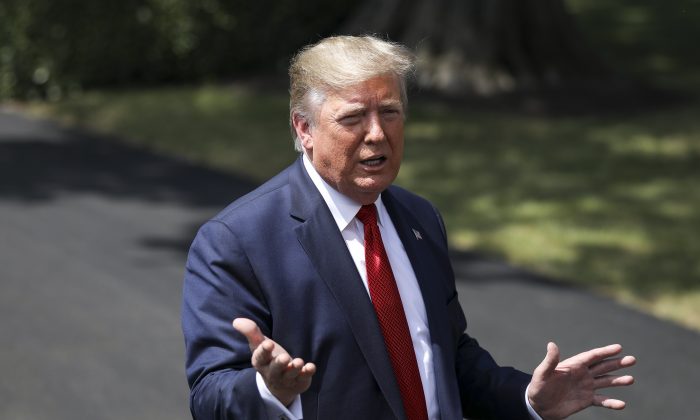 President Donald Trump called on House Republicans to let committee chairs stay on in their role beyond the six-year party imposed term limit.

“House Republicans should allow Chairs of Committees to remain for longer than 6 years,” Trump wrote on Twitter on Sept. 9. “It forces great people, and real leaders, to leave after serving. The Dems have unlimited terms. While that has its own problems, it is a better way to go. Fewer people, in the end, will leave!”

House Republicans should allow Chairs of Committees to remain for longer than 6 years. It forces great people, and real leaders, to leave after serving. The Dems have unlimited terms. While that has its own problems, it is a better way to go. Fewer people, in the end, will leave!

The six-year term limit of congressional committee chairmanship was self-imposed by the Republican Party in 1994 in order to bring in fresh members into committee leadership.

This comes amid a recent spate of Republican retirements, jolting party’s efforts to recapture the House. At least 15 House Republicans have said they will not seek re-election, with Reps. Bill Flores (R-Texas) and Jim Sensenbrenner (R-Wis.) being the latest two GOP lawmakers to step aside ahead of 2020.

Trump has previously questioned Republicans about the committee chair term limits, according to the Washington Examiner.

While addressing the Ohio Republican Party at their annual state dinner, Trump said, “We have a lot of chairmen that left because they’re chairmen for six years, and then they don’t want to stay because they can’t be chairmen.”

“I don’t know if that’s a great policy because we have a lot of chairmen that are leaving, and they’re leaving because when you’re the chairman of a big committee, you don’t want to go back and just sit there and not be a chairman anymore. So, I don’t know if that’s a good policy. I guess it gets other people up there, but in the meantime, we have a lot of chairman that have no choice but to leave,” he said, adding that extending the limits would allow more experienced Republicans to stay in Congress.

“I like a little more experience. I think we can certainly go longer than 6 years … but I think we have some good candidates taking their place,” he added.

In a 2017 article, the Brooking Institute argued that Congress retirements may be driven by term limits on committee chairs. The author argues that Republican committee leaders feel more effective than their same party, non-chair peers and felt less effective than their Democratic counterparts who serve longer terms. These factors, the author argues, may play a part in whether a lawmaker decides to stay in the chamber.