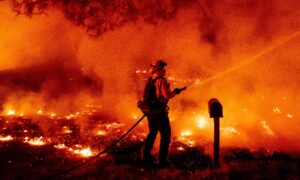 Search on for Survivors as Wildfires Torch Millions of Acres, Trump to Visit California
0 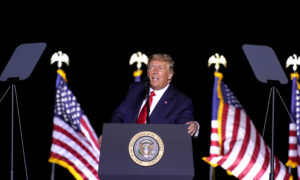 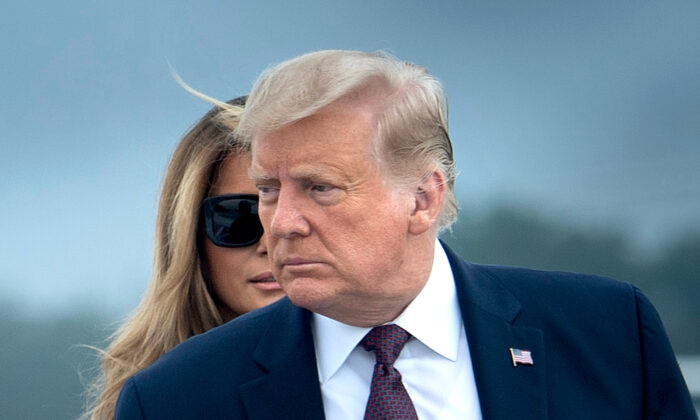 “If they die, fast trial death penalty for the killer. Only way to stop this!” he wrote, referring to the two deputies who were shot in the head on Saturday. Video footage showed a suspect approaching their vehicle before opening fire as they were sitting inside.

“He’s not strong for law and order and everybody knows that,” Trump said of Biden on Sunday. “When you see a scene like happened just last night in California with the two police people—a woman, a man—shot at stone cold short range.”

A handful of protesters gathered outside the hospital where the injured deputies were being treated. The protesters tried to provoke deputies stationed outside and at one point prevented deputies from entering the emergency room, Bishop Juan Carlos Mendez with the Churches in Action group told the TV station KABC.

Trump and GOP allies have frequently tried to cast Biden and Democratic elected officials as weak on crime in the midst of Black Lives Matter protests and a wave of anti-police sentiment following George Floyd’s death in May. Far-left activists and some Democratic politicians have also called to defund or abolish police departments over the summer. Biden has said he does not want to defund police departments.

“Let’s get the facts straight, I not only don’t want to defund the police,” Biden said in August, “I want to add $300 million to their local budgets to deal with community policing to get police and communities back together again.”

Biden, meanwhile, wrote on Twitter after the deputies were killed that it is a “cold-blooded shooting” that is “unconscionable and the perpetrator must be brought to justice … violence of any kind is wrong; those who commit it should be caught and punished.”

However, on July 8, Biden said that he would redirect police funds to non-police areas when he was asked about it. “Yes, absolutely,” he replied.

Trump, meanwhile, has frequently touted himself as the “law and order” candidate.

There is currently a $100,000 reward for information leading up to the arrest and conviction of a suspect.