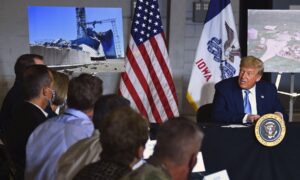 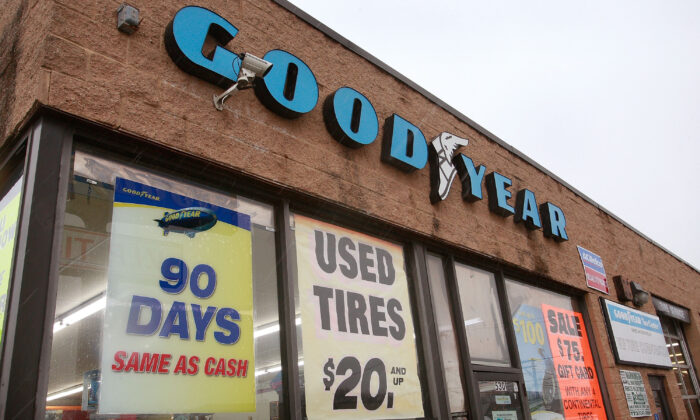 President Donald Trump on Wednesday called for a boycott of Goodyear tires, pointing to an apparent ban the company has on employees wearing “Make America Great Again” hats.

“They announced a BAN ON MAGA HATS. Get better tires for far less! (This is what the Radical Left Democrats do. Two can play the same game, and we have to start playing it now!)”

A leaked photograph of a slide said to be part of diversity training given to Goodyear employees showed that workers are allowed to wear “Black Lives Matter” attire and clothing or accessories expressing pride in the lesbian, gay, bisexual, transgender identities.

But workers were told it was unacceptable to show support for “Blue Lives Matter,” a pro-police movement; “All Lives Matter,” a frequent rejoinder to people saying “black lives matter;” or attire including the phrase “Make America Great Again,” or “MAGA.”

The latter was used by Trump as a campaign slogan during the 2016 presidential race. He still uses the term regularly.

A Goodyear spokesman didn’t return a voicemail on Wednesday.

The image in question “was not created or distributed by Goodyear corporate, nor was it part of a diversity training class,” the statement read.

“To be clear on our longstanding corporate policy, Goodyear has zero tolerance for any forms of harassment or discrimination,” it continued. “To enable a work environment free of those, we ask that associates refrain from workplace expressions in support of political campaigning for any candidate or political party, as well as similar forms of advocacy that fall outside the scope of racial justice and equity issues.”

An employee who took the photo of the slide told WIBW that it was shown at a Topeka plant and came from the main office in Akron, Ohio.

“If we’re talking about equality, then it needs to be equality. If not, it’s discrimination,” the employee said.

White House press secretary Kayleigh McEnany told reporters at the White House on Wednesday, “I will stand at this podium and say Blue Lives Matter is an equity issue and Goodyear needs to come out and acknowledge that.”