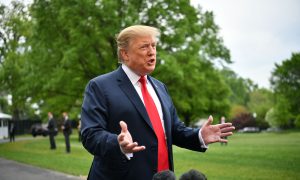 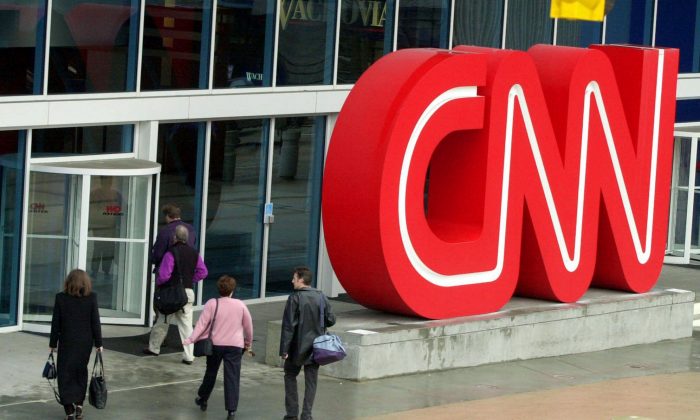 President Donald Trump on June 3 suggested that a boycott of AT&T could force the corporation to overhaul its news network subsidiary CNN.

The president made the remarks on Twitter as he traveled for a state visit to London. Trump had just criticized CNN a day earlier for taking his remarks about a member of the UK Royal Family out of context.

“Just arrived in the United Kingdom. The only problem is that CNN is the primary source of news available from the U.S. After watching it for a short while, I turned it off,” Trump said. “All negative & so much Fake News, very bad for U.S. Big ratings drop. Why doesn’t owner AT&T do something?”

“I believe that if people stopped using or subscribing to AT&T, they would be forced to make big changes at CNN, which is dying in the ratings anyway,” Trump added. “It is so unfair with such bad, Fake News! Why wouldn’t they act. When the World watches CNN, it gets a false picture of USA. Sad!”

AT&T acquired CNN in June 2018 as part of its $85 billion purchase of assets from Time Warner.

Trump has frequently criticized CNN for airing virtually nonstop coverage that casts his presidency in a negative light.

On June 2, the president took another jab at the network, calling out CNN’s reporting on comments he made about Meghan Markle, the U.S.-born Duchess of Sussex. CNN reported on comments Trump made to The Sun in response to learning that Markle had called him “divisive” and “misogynistic” during his 2016 presidential campaign. Markle was one of a number of celebrities who said they would move to Canada if Trump won, but didn’t follow through on the promise.

However, he said, “It is nice” that she joined the royal family. “I am sure she will do excellently.”

The president wrote on Twitter that he never actually said Markle was “nasty.”

According to a study by the Media Research Center, broadcast networks covered the Trump administration negatively in 90 percent of evening news broadcasts in 2018. The president has remained resilient despite the media onslaught. On May 31, the president received the highest approval rating in two years in a Harvard CAPS/Harris Poll survey.

Representatives for AT&T didn’t immediately respond to a request for comment.

In a lineup of cable news channels, CNN ranked 12th for the week of May 20 to 26, trailing channels such as the Discovery Channel, Home and Garden TV, and the History Channel. Fox News ranked first, with nearly triple the viewers of CNN. In total daily viewership, CNN lost 7 percent of its viewers since 2018, according to Adweek.

“Wow! CNN Ratings are WAY DOWN, record lows,” Trump wrote on Twitter on May 23. “People are getting tired of so many Fake Stories and Anti-Trump lies. Chris Cuomo was rewarded for lowest morning ratings with a prime time spot – which is failing badly and not helping the dumbest man on television, Don Lemon!”

The president has previously declined to call on CNN during news conferences, and has had a number of heated exchanges with CNN White House correspondent Jim Acosta. The White House temporarily revoked Acosta’s press pass, after Acosta refused to give up a microphone and brushed aside a female aide who tried to retrieve it.