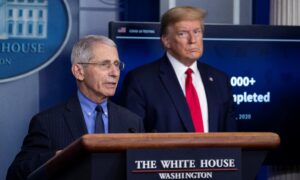 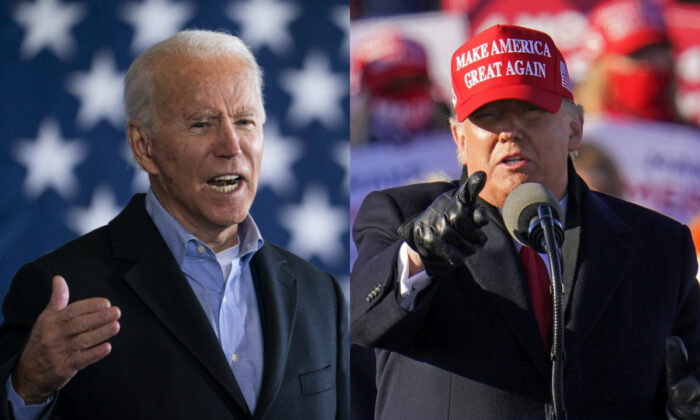 Trump, Biden Vie for Votes During Final Hours of 2020 Campaign

Democratic presidential nominee Joe Biden and President Donald Trump made their cases to voters in North Carolina and Ohio on Monday, with further stops planned during the busy final days of the 2020 campaign.

“Tomorrow, we have an opportunity to put an end to a presidency that’s divided this nation,” Biden told a drive-in rally in Cleveland.

Biden promised to act on his first day in office, if he wins, to get the COVID-19 pandemic under control, putting in place a plan he’s outlined in speeches and policy statements.

He also said he’d make sure to retain Dr. Anthony Fauci, a government infectious disease expert who Trump on Sunday suggested he may fire if he wins a second term.

Trump in Fayetteville promoted accomplishments during his first term, telling those assembled: “With your vote, we will continue to cut your taxes, cut regulations, support our great police, support our fantastic military, care for our veterans, protect your Second Amendment, defend religious liberty, and ensure more products are proudly stamped with that wonderful phrase, ‘Made in the USA.'”

Both candidates said they would preside over a strong economic recovery.

The pandemic-fueled lockdowns led to catastrophic job losses and business closures but the economy expanded by 33.1 percent during the third quarter and weekly jobless claims fell to the lowest level since March, when the pandemic was declared by the World Health Organization.

Trump referenced the positive news and said he foresees more developments on the economic front.

“We created a record 11.4 million jobs in the last five months. It’s a number that we never even thought possible, nobody did. Nobody thought it was possible and we’re going to now even do better than that. It’s going very rapidly,” he said.

Biden said during the drive-in that Trump’s trade war with China resulted in chaos that harmed U.S. farmers.

Speaking to supporters in the Pittsburgh suburbs during a separate event, he touted his longtime relationship with unions and said he hoped he had demonstrated that unions could rely on him, referencing his tenure in the Senate and as vice president.

Biden said the election will shape America’s prospects for the next several decades as he urged people to vote for him.

“There’s a lot at stake in this election. We are really at one of those inflection points. This is going to be more than just who governs the next four years. What happens now, what happens tomorrow, is going to determine what this country looks like for a couple of generations,” Biden said, predicting he will win Pennsylvania.

Trump, speaking near Biden’s hometown of Scranton at around the same time, told a crowd that the state is the key to winning another term.

If Biden wins, he warned, there will be an economic collapse that will send Pennsylvania “into a steep depression.”

Trump was scheduled to speak during two rallies in Michigan later Monday, as well as an event in Kenosha, Wisconsin.

Biden was criss-crossing Pennsylvania. Sen. Kamala Harris (D-Calif.), his running mate, and Vice President Mike Pence were also speaking at events in the state on Nov. 2.