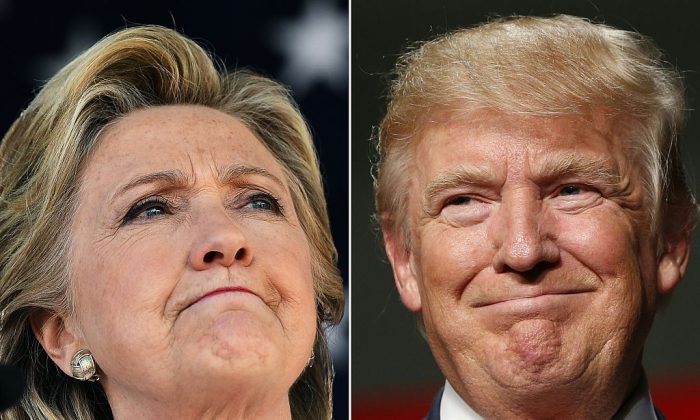 According to a new figures, without California and New York, President-elect Donald Trump would have defeated rival Hillary Clinton by around 3 million votes. The Cook Political Report on Tuesday, in its final update, said Clinton won by more than 2.8 million votes. Trump also took the Electoral College with 306 votes to Clinton’s 232.

She won California by 4.2 million votes and won New York by 1.6 million, which is a net 5.8 million advantage in those two states.

On Tuesday, Trump again tweeted about the Electoral College, saying it is “much more difficult” and more “sophisticated” to win electoral votes than winning the popular vote. “Hillary focused on the wrong states!” he added.

“I would have done even better in the election, if that is possible, if the winner was based on popular vote—but would campaign differently,” he wrote. “I have not heard any of the pundits or commentators discussing the fact that I spent FAR LESS MONEY on the win than Hillary on the loss!” he also wrote.

Federal election filings show Trump spent about $600 million and Clinton spent some $1.2 billion during the campaign season. During the final weeks of the campaign, starting from Oct. 20, Trump spent $94.5 million, as compared with Clinton’s $131.8 million, according to The Associated Press. After the election, Clinton has $839,000 in her coffers while Trump has $7.6 million, the report said.

Following the election result, some have pushed for the abolition of the Electoral College. A few days after Nov. 8, Democratic Sen. Barabara Boxer, of California, introduced a bill to end the electoral system—which is written into the U.S Constitution.

“In my lifetime, I have seen two elections where the winner of the general election did not win the popular vote,” the lifelong Democratic senator said in a statement on her website last month, referring to Trump’s win and Al Gore’s loss to George W. Bush in 2000. Gore won by about 500,000 votes while Bush took the Electoral College.

The New York Times on Monday, as electors certified Trump’s victory, wrote an opinion piece that said the Electoral College should be done away with.

“Today the college, which allocates electors based on each state’s representation in Congress, tips the scales in favor of smaller states; a Wyoming resident’s vote counts 3.6 times as much as a Californian’s,” the paper wrote. Wyoming, which has a population of 584,000, typically votes Republican during presidential elections. “And because almost all states use a winner-take-all system, the election ends up being fought in just a dozen or so ‘battleground’ states, leaving tens of millions of Americans on the sidelines.”

But Former House Speaker Newt Gingrich on Wednesday criticized those who are calling for the abolition of the institution.

“This is football season. A team can have more yards and lose the game. What matters is how many points you put on the board. The Electoral College is the points,” he said on “Fox & Friends.”

He added: “Trump actually carried—in the 49 states outside of California, he had a 1.2 million vote majority. He got killed in California because he never campaigned there.”