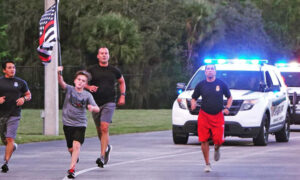 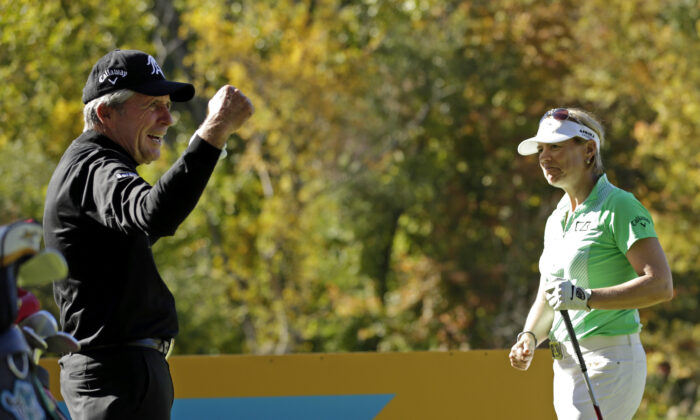 The White House released a statement in March 2020 saying that Trump would present the Medal of Freedom to Sörenstam and Player later that month, but the event was postponed due to the pandemic.

Player and Sörenstam joined Arnold Palmer, Jack Nicklaus, Charlie Sifford, and Tiger Woods to become the only golfers to have received the Medal of Freedom.

Annika is known for her legendary career as a golf player. She broke world records and entered the World Golf Hall of Fame, “after becoming the only player in Ladies Professional Golf Association (LPGA) Tour history to shoot 59, achieve 89 worldwide victories (including 72 LPGA and 10 Major Championships),” according to a White House press statement.

The Medal of Freedom “is awarded by the President of the United States to individuals who have made exceptional contributions to the security or national interests of America, to world peace, or to cultural or other significant public or private endeavors,” reads the White House’s official website.

Annika retired from professional golf in 2008 and started focusing on her family, brand, and foundation.

Gary Player, 85, is a golf legend that won 165 pro-golf tournaments and is one of the five winners to ever capture the Career Grand Slam.

Zaharias grew up amidst meager conditions in Beaumont, Texas. She is regarded as one of the greatest female athletes in history, having hit five home runs as a child in a single game, which earned her the name of “Babe” after Babe Ruth.

Zaharias participated in every sport her high school attendance offered:

“She bowled a 200 average, came close to breaking world records in swimming, and won all-city and all-state awards in basketball. She went on to play for the Golden Cyclones basketball team. She became an All-American three years in a row and scored a record 100 points in a single game. She pitched exhibition games for men’s major leagues teams and was an all-star softball player,” reads the White House release.

She set world records at the 1932 Olympic games in hurdles, javelin throw, and high jump, winning two gold medals and a silver one. Afterward, she entered professional golf and soon attained international recognition.

She was diagnosed with cancer in 1953, and despite doctors telling her not to play professional golf again after undergoing surgery, she still won the women’s U.S. Open, setting a new record: 12 shots.