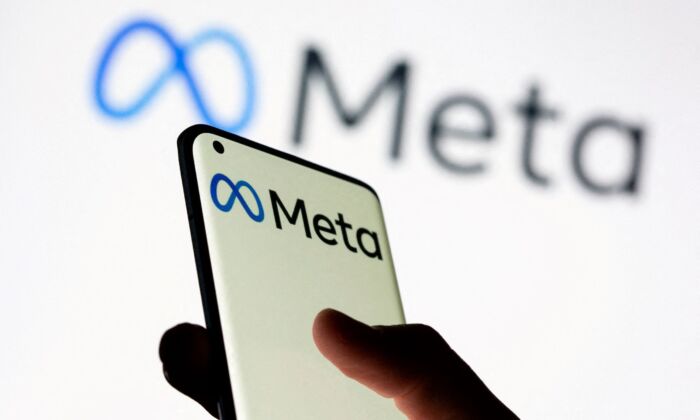 Meta is facing lawsuits over allegations its platforms, such as Facebook and Instagram, are deliberately addictive. (Dado Ruvic/Illustration/Reuters)
Social Issues

An Alabama law firm has filed lawsuits in eight states against Meta Platforms alleging that Facebook and Instagram are defective and enable social media addiction.

“These platforms are designed to keep people engaged as much as possible,” said Beasley Allen attorney Joseph van Zandt. “The more time the user spends on the platform, the more money these companies make from advertisers. So, this product, in our view, is designed to be addictive.”

But the social media site’s Terms of Service are likely to require a transfer to California where defendants enjoy the home court advantage, according to attorney John Coale, who is representing former U.S. president Donald Trump in his lawsuits against Twitter, YouTube, and Facebook.

“The Terms of Services portion of Facebook says that all cases have to be litigated there and the courts have upheld that,” he said.

“I vehemently disagree with it, but so far that’s where the courts have been, and California is a very liberal part of the country. Social media companies have done quite well there.”

“The day I filed this with Donald Trump standing next to me, we never expected it to do well in the very beginning,” Coale told The Epoch Times.

He said they always have been, and still are, aiming for the U.S. Supreme Court.

“We believe that these arguments will win in the U.S. Supreme Court, but they are more than likely not going to win in California.”

Trump’s lawsuits against Facebook and YouTube are still pending in the lower federal courts but his lawsuit against Twitter, over its decision to suspend his account, was dismissed by Northern District of California U.S. District Judge James Donato.

“We totally expected that from him,” Coale said. “We describe him as an Obama appointee who lives in San Francisco. So, we never expected to get very far with him. We have put in a Notice of Appeal on that in the Ninth Circuit Court of Appeals.”

Some 13.5 percent of teen girls in the United Kingdom reported that their suicidal thoughts intensified due to Instagram, according to a 2019 Facebook study.

“The Facebook whistleblower revealed a lot of new information that people didn’t know, which is that the harm that’s being done to young people is not accidental but is a result of the design of Facebook’s algorithms, the way their platforms funnel certain divisive content, harmful content, to youth,” Van Zandt said.

“We’re not completely anti-social media,” Van Zandt told The Epoch Times. “There are proper places in society for these types of platforms. But when they are dealing with the mental and physical health of young people, they cannot put their profits over children. That’s what this is getting to the bottom of.”

Section 230 of the Communications Decency Act (CDA) is a defense that social media companies often argue in litigation, according to Coale.

“Most of these cases are attacking 230 or using the First Amendment and it all comes down to whether the defendants are state actors or are they common carriers of the public forum? If it’s the public forum, they can’t discriminate and they would be liable from that angle,” he said.

Section 230 of the Communications Decency Act (CDA) provides immunity to online platforms, freeing them from liability for third-party content posted on their site.

However, Van Zandt doesn’t believe Section 230 will be a challenge to Beasley Allen’s eight lawsuits.

“We are not suing Meta for any content that third party users posted on their site, which is really what Section 230 provides immunity for,” he said. “These are product liability cases. It’s not just about what third parties post.

The plaintiffs’ demands include compensatory, treble, and punitive damages as well as medical monitoring to diagnose platforms-induced injuries and prevent exacerbation.

But victory will be an uphill battle because it will depend on whether the plaintiffs can show Meta intended to cause harm, according to Andrew Grosso, a former assistant U.S. Attorney whose practice areas include cyber law and electronic privacy.

“I think that it’s going to be a very difficult standard for them to meet,” he said.

“Applying the defective product law, which up until this point has been applied to machines and tangible products, and applying that to information that is being disseminated does not mean that the law should treat both types of commercial enterprises the same way.”