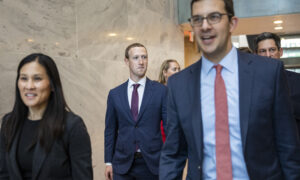 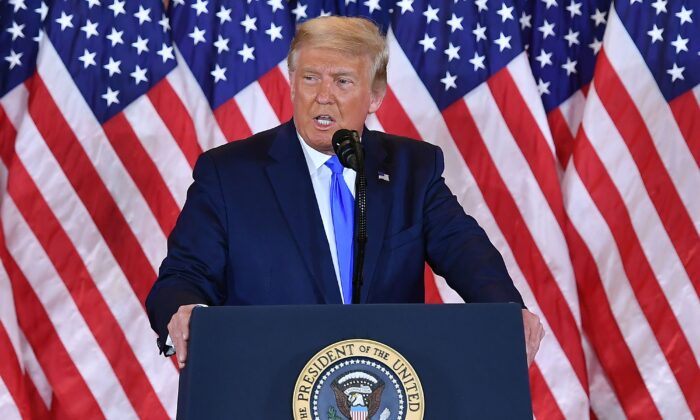 Trump Attorney: ‘President Trump Is Absolutely Right to Keep All Legal Options on the Table’

“President Trump is absolutely right to keep all legal options on the table as we evaluate results,” Ellis said in a statement on social media. “He is committed to protecting election integrity and defending the Constitution. We are a nation of rules, not rulers.”

Trump has repeatedly said that he is preparing for a contested election after several states loosened their election rules to allow the counting of ballots that arrive after election day. The president has been fighting for the sanctity of the election box on Nov. 3 as political opponents pushed plans to expand absentee and mail-in voting across the country.

The president and Republican lawmakers have warned that these plans are ripe for fraud and that the counting of those ballots after election day is unfair. On the other hand, Democrats had argued that mail-in voting options are necessary in order to comply with public health recommendations to reduce gatherings due to the pandemic. They also argue that ballots received after election day and postmarked on or before election day should be counted in order to not disenfranchise voters.

A number of battleground states such as Pennsylvania and North Carolina have allowed for the counting of ballots received after election day, which has rendered great uncertainty in when the results of the 2020 election could be called.

During an early Wednesday morning address to supporters at the White House, Trump said that his campaign would ask the Supreme Court to halt voting after election day.

“We will be going to the U.S. Supreme Court. We want all voting to stop. We don’t want them to find any ballots at 4 o’clock in the morning and add them to the list,” Trump said.

The president has previously said that he would challenge results in contested states.

“As soon as that election is over, we’re going in with our lawyers,” Trump said during a rally on Sunday. “I don’t think it’s fair that we have to wait for a long period of time after the election.”

The Supreme Court has hinted that it may review a case filed by Pennsylvania’s Republican Party challenging the counting of ballots arriving after election day. The state’s Supreme Court ruled in September that election officials can accept mail-in and absentee ballots up to three days after the Nov. 3 election, granting a request from the state’s Democratic Party.

Republicans, including Trump’s campaign, is challenging such extensions, arguing that they violate federal law that sets Election Day as the first Tuesday after the first Monday in November. Meanwhile, they added that the decision to extend the deadline constitutionally belongs to lawmakers, not the courts.

Although the U.S. Supreme Court rejected an application to put the state court’s decision on hold and a request to expeditiously consider a request to review the case, some members of the court said that the issues presented in the case are of “national importance, and there is a strong likelihood that the State Supreme Court decision violates the Federal Constitution.”