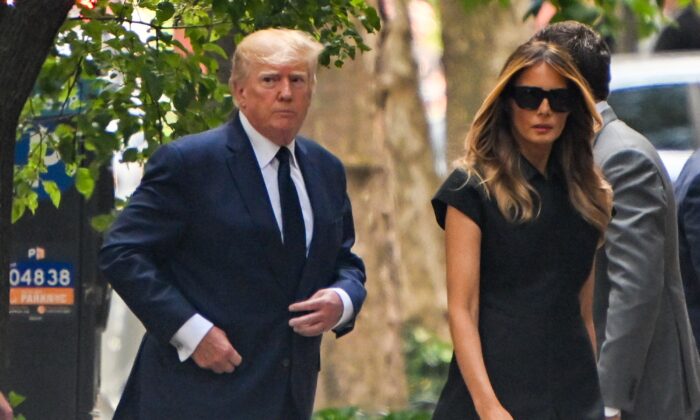 Bobb told Newsmax that she “wasn’t allowed to observe what they were doing or see really any part of the raid” when the agents went into her close.

The agents “told me I have no legal standing to be there,” Bobb said. “Those were the words they gave to me. We argued over whether that was true or not, and I explained to them … it’s better for you to allow me to observe because then I can’t say, ‘They kept me out and wouldn’t let me observe.'”

“I don’t think anybody just takes the word of the FBI anymore,” she continued. “But they seem to be OK with that risk.”

The FBI and Department of Justice have not issued public statements on the claims that agents went into her closet. The Epoch Times has contacted the FBI and a Justice Department spokesperson for comment.

The FBI told Bobb “that they did take some attorney-client privileged information and possibly other privileged documents,” she claimed to Newsmax on Tuesday. Regarding those documents, Bobb said she is still “waiting for an explanation.”

“If [the federal government] actually had something, at the very least, they would have held a press conference resolving a lot of these questions in Americans’ minds, and they haven’t even done that,” Bobb said. “I don’t think they have anything.”

On Monday, the Department of Justice issued a motion that sought to block the affidavit in the case from being released to the public—even in its redacted form. Lawyers for the department said that releasing those documents to the public would harm the agency’s investigation.

A judge in the case, Bruce Reinhart, set a Thursday at 1 p.m. hearing on whether the affidavit should be released. Several third-party groups, watchdogs, and media outlets have made court filings asking for the affidavit to be unsealed, while Trump and other Republicans have called on the government to release it.

The affidavit could potentially reveal what the FBI is trying to investigate and would provide a reason why the Department of Justice sought an FBI search warrant targeting Mar-a-Lago.

“We need the affidavit, show your cards, Merrick Garland can’t have it both ways, he can’t give us the inventory of the warrant without telling us why it was necessary … without the affidavit, we’re flying blind in the dark,” Sen. Lindsey Graham (R-S.C.) told Fox News before adding, “The American people are going through too much pain, too much heartache on this endless effort to destroy Donald Trump.”

Reinhart last week issued an order unsealing the warrant and property receipt, suggesting Trump could be under investigation for possible Espionage Act and obstruction of justice violations.

Several boxes of allegedly classified and top secret documents were taken from the Florida residence, although Trump and his team argued that while he was president, he had a standing order to declassify materials leaving the Oval Office.