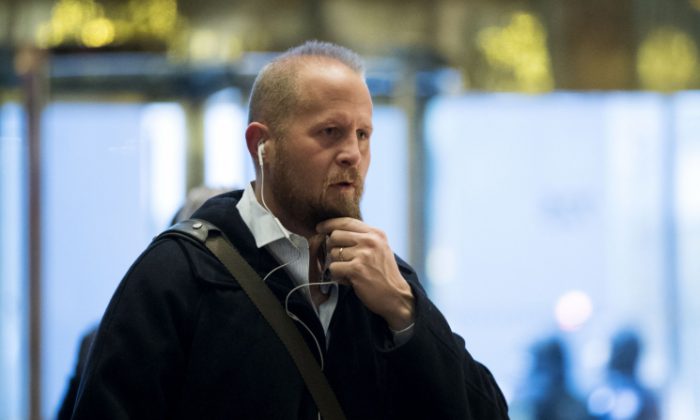 Parscale previously worked for the Trump Organization and was the head digital operations staffer for Trump’s 2016 campaign.

“President Trump is delivering on his promises for a stronger more prosperous country,” Republican National Committee Chairwoman Ronna McDaniel said in a statement released by the Trump campaign, according to Fox News. “We’re committed to continuing this fight for our country by President Trump’s side and I’m thrilled Brad will help lead the effort.”

Trump left little to the imagination in terms of his reelection plans and filed paperwork to organize his campaign committee on the day of his inauguration last year. The president held his first campaign rally in Florida on Feb. 18, 2017.

Parscale’s web design firm is based in San Antonio, Texas.

“Brad was essential in bringing a disciplined technology and data-driven approach to how the 2016 campaign was run,” said Trump’s son-in-law and advisor, Jared Kushner, in a press release, according to The Texas Tribune. “His leadership and expertise will be help build a best-in-class campaign.”

There are more than 1,000 days left until the 2020 election. In the meantime, the Trump campaign said that it will be active during the 2018 elections to rally Trump supporters in favor of select candidates.

Radio station WOAI named Parscale San Antonian of the Year in 2015. He is a major player on the tech scene in the area and was involved in an effort to bring Uber back to the city after a regulatory fight.

Parscale continued to work for Trump after the 2016 election victory. A pro-Trump political action committee paid him over $130,000 in 2017 for digital design and consulting, according to the Federal Elections Commission.

Texas Tribune reported that based on his finance reports, Parscale may have relocated to Florida. A firm named Parscale Strategies is registered to an address in Pompano Beach, less than an hour away from Trump’s Mar-a-Lago resort.