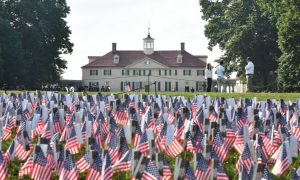 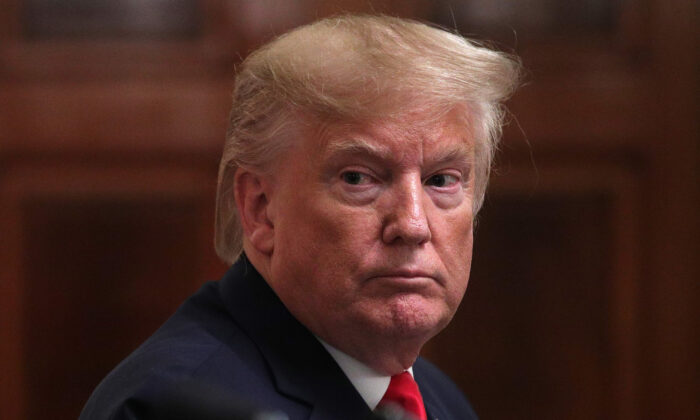 President Donald Trump listens during a news conference in the East Room of the White House in Washington on Nov. 13, 2019. (Alex Wong/Getty Images)
Education

An Oklahoma State University professor launched a lawsuit against her school, which allegedly kept her from getting a promotion because of her Republican Party membership and her service to the Trump administration.

Whitney Bailey, a professor of adulthood and aging at OSU, sued five university administrators on Nov. 18 in Payne County District Court for actual damages, along with punitive and exemplary damages.

The 45-year-old Republican said in the lawsuit she was passed over for a promotion after she accepted an appointment from President Donald Trump to become a deputy administrator in the U.S. Department of Health and Human Services (HHS). She took an unpaid leave of absence from the university for her new public position between December 2017 and January 2019, according to News9.

While working with HHS, Bailey kept in contact with OSU officials seeking a promotion in the College of Human Sciences. “Despite positive feedback and accolades for her work, she says she was denied because of her position in HHS and her Republican Party membership,” News 9 reported, citing the court paper. That denial, she argues, is a violation of her First Amendment rights.

“Plaintiff’s employment with OSU did not and does not require political allegiance,” Bailey’s attorneys complained in the lawsuit, reported The Oklahoman. “Defendants’ unlawful conduct was motivated by evil motive or intent and involved reckless or callous indifference to Plaintiff’s federally protected rights.”

Cited by Bailey’s attorneys as one example of evidence illustrating OSU officials’ political bias involves the 2016 presidential election. After Trump’s victory over Hillary Clinton, OSU offered counseling services to its employees and students who were having trouble dealing with the country’s new reality.

The university told the local news outlet that it would provide legal support for its employees.

“OSU is obligated to assist with the legal defense of claims made against its employees acting within the course and scope of their employment,” the university said. “Because this is a legal matter, it would be inappropriate to comment further.”

Since 1948, Oklahoma has only once supported one Democratic candidate in the presidential elections.  That was for Lyndon B. Johnson (D-Texas) in 1964. In 2016, the state saw a sweeping GOP victory with 65.3 percent of the vote, with every county voting red. Trump won 60 percent of the vote in Payne County, where Oklahoma State University is located.