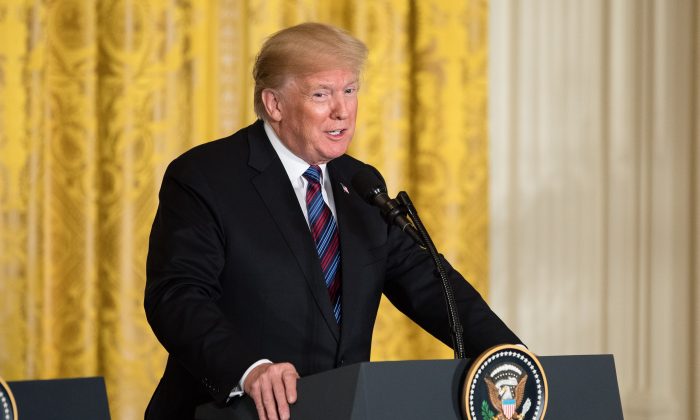 President Donald Trump, citing “our nation’s fiscal situation,” announced that a pay boost for civilian federal employees that was to begin in January won’t go into effect.

Under the current law, federal employees would have gotten an across-the-board increase of 2.1 percent starting in January 2019. Employees who also get an adjustment based on their location won’t see an average 26 percent increase to their locality pay in the new year, which would have cost the federal government an estimated $25 billion.

“We must maintain efforts to put our nation on a fiscally sustainable course, and federal agency budgets cannot sustain such increases,” Trump wrote on Aug. 30 in a letter to members of Congress. “Accordingly, I have determined that it is appropriate to exercise my authority to set alternative across-the-board and locality pay adjustments for 2019.”

Instead of giving across-the-board increases, which he says don’t address pay disparities or accomplish mission or retention goals, he wants to move to a merit-based system that rewards employees for their performance.

“As noted in my budget for fiscal year 2019, the cost of employing the federal workforce is significant,” he wrote. “In light of our nation’s fiscal situation, federal employee pay must be performance-based, and aligned strategically toward recruiting, retaining, and rewarding high-performing federal employees and those with critical skill sets.”

However, the CBO notes that because of changes in law over the past year, the economy is expected to grow faster than it had projected last June, causing the agency to lower its estimate for the cumulative deficit by $1 trillion over the next decade.

The news from the Financial Markets is even better than anticipated. For all of you that have made a fortune in the markets, or seen your 401k’s rise beyond your wildest expectations, more good news is coming!