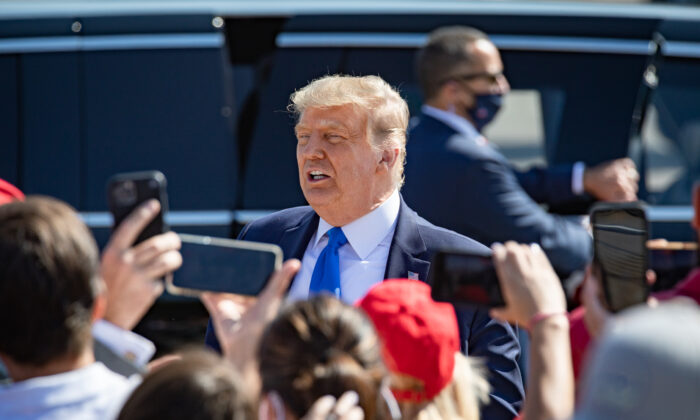 Former President Donald Trump on Oct. 20 unveiled the upcoming launch of his own social media platform.

The beta version of the app, called TRUTH Social, will be available to invited guests in November, according to a statement from the Trump Media & Technology Group (TMTG). A nationwide debut is expected to follow in the first quarter of 2022.

“I created TRUTH Social and TMTG to stand up to the tyranny of Big Tech,” Trump said in a statement released by TMTG. “We live in a world where the Taliban has a huge presence on Twitter, yet your favorite American President has been silenced. This is unacceptable. I am excited to send out my first TRUTH on TRUTH Social very soon.”

The announcement was timed together with a merger announcement between Digital World Acquisition Corp. and TMTG, which will allow TMTG to become a publicly listed company with a cumulative valuation of $1.7 billion.

According to a company news release, TMTG’s “mission is to create a rival to the liberal media consortium and fight against the ‘Big Tech’ companies of Silicon Valley, which have used their unilateral power to silence opposing voices in America.”

Donald Trump Jr. posted a link to TRUTH Social on Twitter. The website currently features a waiting list sign-up for and a link to the Apple App Store where the app can be preordered for free.

“What we’re trying to do is create a big tent, an open and free network for people to be able to communicate, to exercise your First Amendment rights.”

The former president’s son said Trump signed the formal merger agreement on the night of Oct. 20.

According to Bloomberg, Digital World Acquisition Corp. is a blank-check company created for the purpose of acquiring one or more companies.