Benefits for Grandchildren—Don’t Count on It!
0

The Windfall Elimination Provision Should Not Be Repealed
0 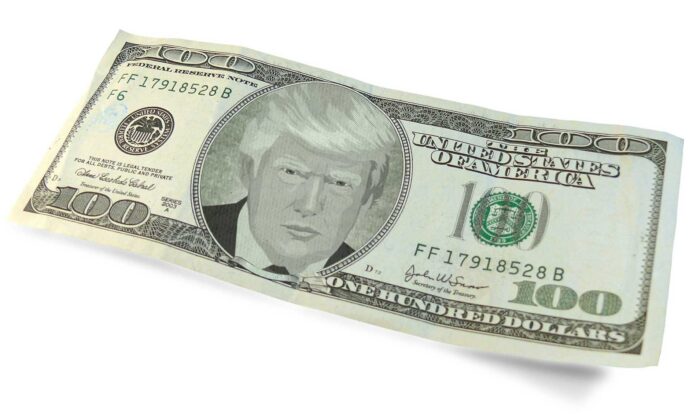 Trump and the Future of Social Security

My inbox has been inundated with emails from worried senior citizens who tell me they have heard that President Donald Trump will end Social Security if he is reelected and that the trust funds will dry up in 2023 and all Social Security checks will stop going out.

I can’t imagine the president has plans to end Social Security. But it doesn’t help that he puts his famous foot in his famous mouth and says things that people can interpret to mean exactly that. Trump recently made some rather unfortunate remarks about the Social Security payroll tax that has caused all the uproar. And his aides have been scrambling to come up with excuses and clarifications.

On Aug. 8, the president told a gathering of supporters, “If I’m victorious on Nov. 3 I plan to make permanent cuts to the (Social Security) payroll tax.”

Once again, Trump’s advisers had to scramble to explain what he supposedly meant to say. When asked at a press conference if the president really intended to end the Social Security payroll tax, White House Press Secretary Kayleigh McEnany told reporters he did not. She clarified, “What he was meaning yesterday is that he wants permanent forgiveness of the deferral.”

I can hear many of you saying, “Huh, what does that mean?” So, now let me clarify the clarification for the readers of this column. In early August, as one part of an economic stimulus plan, Trump issued a memo stipulating that people who make less than $8,000 per month would not have Social Security taxes deducted from their paychecks. That tax break began on Sept. 1 and will end on Dec. 31. And it is considered a tax “deferral.” In other words, the tax payments would be “deferred” to a later date—meaning they would have to be paid back at some point. (The president does not have the authority to change or eliminate the Social Security payroll tax, but he can order a deferral of the payment of those taxes.)

However, in the same memorandum, the president told his Treasury secretary that he wanted him to “explore avenues, including legislation, to eliminate the obligation to pay the taxes deferred.”

So, according to his economic advisers and other aides, when Trump tells people he plans to end the payroll tax, what he really means to say is he plans to end the obligation that people making less than $8,000 per month would have to eventually pay the deferred Social Security tax payments.

But then, at a subsequent press conference, Trump told reporters: “If I’m victorious on Nov. 3, I plan to forgive these taxes and make permanent cuts to the payroll tax. So, I’m going to make them all permanent.”

And now let me add a dose of sanity to any discussion of the future of Social Security. I will bet my next dozen Social Security checks that no matter who wins the upcoming presidential election, either President Donald Trump or President Joe Biden will appoint some kind of bipartisan commission on Social Security reform.

The last time that happened was in 1982, following Ronald Reagan’s election as president. At the time, Social Security was facing an economic crunch not too dissimilar to the one that plagues the system today. The commission, headed by Alan Greenspan, came up with a mix of reforms that included some benefit cuts and some tax increases. For example, the retirement age was raised from 65 to 67. And the schedule for some already planned payroll tax increases was moved up a few years. (Those are just two of about a couple dozen changes the commission recommended.)

And those reforms worked. Social Security has been running in the black for the last 40 years. But now we face the baby boomer crunch. For about the last five years, about 10,000 of us have been signing up for Social Security every single day. And that trend is going to continue for the next 15 years.

And the solution to that demographic challenge is not a payroll tax cut (unless it is accompanied by massive and immediate benefit cuts). The solution will likely involve another mix of long-range benefit cuts and payroll tax increases. I will bet the retirement age will be bumped up to 68 or even 70 (not for near term retirees but for younger people, giving them time to plan). And I’m guessing either the payroll tax will be slightly increased or the wage base (the amount subject to Social Security tax) will go up significantly. And these will be just two of a package of reforms that will keep the Social Security system solvent for generations to come—no matter who is sitting in the White House.