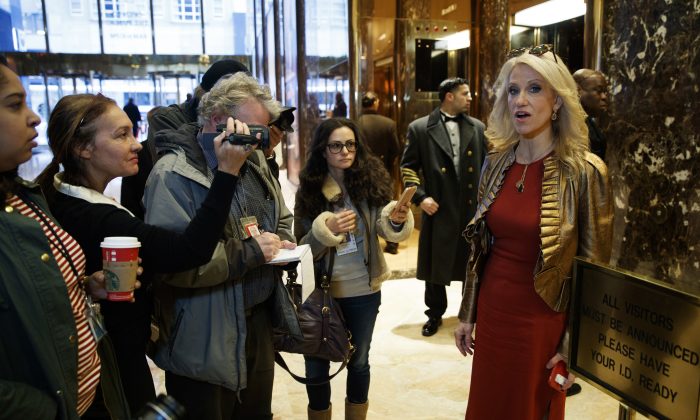 Trump Aides Say Cuban Government Will Have to Change

WASHINGTON—The Cuban government must move toward enacting greater freedoms for its people and giving Americans something in return if it wants to keep warmer U.S. relations initiated by President Barack Obama, top aides to President-elect Donald Trump said Sunday.

Priebus, Trump’s incoming chief of staff, said Trump would “absolutely” reverse Obama’s opening to Cuba unless there is “some movement” from the Cuban government.

Conway, another close adviser, made similar remarks and noted that any diplomatic deal will have to benefit American workers.

“To the extent that President Trump can open up new conversations with Cuba, it would have to be a very different Cuba,” she told ABC’s “This Week.”

She added: “He wants to make sure that when the United States of America, when he’s president, engages in any type of diplomatic relations or trade agreements … that we as America are being protected and we as America are getting something in return.”

Conway said nothing on Cuba has been decided. But she noted that the U.S. is allowing commercial aircraft to do business with a repressive Cuban government and Cuban military. And she said the “first order of business” is to rally the international community around trying to free political prisoners.

While Obama opened some U.S. investment and travel to Cuba through executive order, vast restrictions tied up in the trade embargo remain at the insistence of Republican lawmakers.

Republican Sen. Marco Rubio of Florida, whose parents were born in Cuba, says he is heartened by Trump’s past hard-line rhetoric on Cuba.

Rubio told CNN’s “State of the Union” that the U.S. focus must be its own security and other interests and encouraging a Cuban democracy.

“We should examine our policy toward Cuba through those lenses,” he said. “And if there’s a policy that helps that, it remains in place. And if it’s a policy that doesn’t, it’s removed.”

During the campaign, Trump said he would reverse “concessions” to the Cuban government by Obama unless the Castro government meets his demands. On Saturday, while Obama offered condolences to Castro’s family and said the U.S. extends “a hand of friendship to the Cuban people,” Trump tweeted: “Fidel Castro is dead!”

Trump later released a statement noting his administration “will do all it can to ensure the Cuban people can finally begin their journey toward prosperity and liberty.”