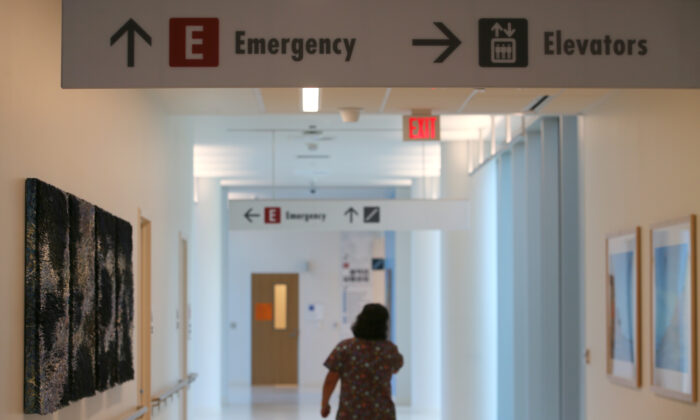 The Trump administration has announced that it will appeal a decision that struck down a rule protecting health care providers from discrimination if they refuse to provide medical services for religious or moral reasons.

The Department of Health and Human Services (HHS) told the U.S. District Court for the Southern District of New York that it would join an appeal of the court’s decision on Jan. 3.

A judge from the district court in November last year vacated the Trump administration rule, saying that the department had acted outside its power in promulgating a “conscience rule” that protected doctors and nurses and health care entities from being discriminated against if they refuse to cover for or perform abortion, sterilization, or assisted suicide on religious or moral grounds. The rule would threaten federal funding to health care providers who do not comply.

The judge, U.S. District Court Judge Paul Engelmayer, an Obama administration appointee, also found that the department had acted “arbitrarily and capriciously” when making the rule while relying on “factually untrue” reasons for its promulgation.

He also agreed with the plaintiff’s argument that HHS had acted outside its power by implementing a rule that would threaten federal funding to health care providers who do not comply.

Following the rule’s announcement, 19 states and the District of Columbia, Planned Parenthood and one of its subsidiaries, and the National Family Planning and Reproductive Health Association and Public Health Solutions brought separate cases against the Trump administration seeking to strike down the rule. The court combined the three cases in its judgment.

A second federal district court judge overturned the rule at the Eastern District Court of Washington shortly after the New York ruling.

The health department’s notice to appeal comes after religious medical professionals appealed the decision to the U.S. Court of Appeals for the Second Circuit in December (pdf). The Christian Medical and Dental Associations (CMDA) along with Dr. Regina Frost joined one of the cases as an intervenor.

“My faith is at the heart of who I am. It is what drives me to put the needs of women and their children first every day, and to serve everyone in my care with dignity and respect,” Frost, an OB-GYN and a member of CMDA, said in a statement at the time. “If the government forces me to violate my faith and my medical judgment to perform abortions, I’ll have no choice but to leave the profession.”

The American Civil Liberties Union, who brought the case on behalf of the National Family Planning & Reproductive Health Association and Public Health Solutions, responded to the Trump administration’s notice to appeal in a statement on Jan. 3.

“Everyone is entitled to their religious beliefs, but religious beliefs do not include a license to discriminate, to deny essential care, or to cause harm to others. It is shameful that the government agency that is supposed to protect, not undermine, patient health is continuing to defend this illegal and dangerous rule,” Alexa Kolbi-Molinas, senior staff attorney with the Reproductive Freedom Project at the ACLU, said.

The Department of Justice did not immediately respond to a request for comment.