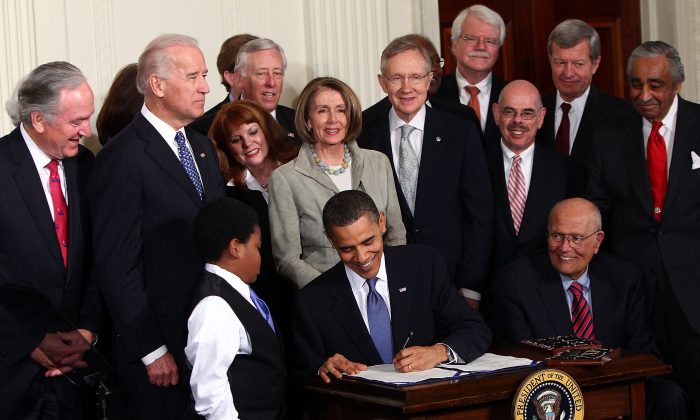 Risk adjustment under the Affordable Care Act has had "destructive impacts directly contrary to its intent," says expert
By Emel Akan

The Trump administration said on July 7 that it would temporarily suspend some payments to health insurers under the Affordable Care Act’s (ACA) risk adjustment program, in light of a ruling earlier this year by a federal district court in New Mexico.

On Feb. 28, 2018, a federal judge in New Mexico decided that the use of the statewide average premium formula to calculate risk adjustment payments was flawed. The ruling barred Centers for Medicare and Medicaid Services (CMS) from making further collections or payments under the program, including amounts for the 2017 benefit year, until the litigation is resolved.

The calculated risk adjustment payment for 2017 was $10.4 billion, according to CMS.

“We were disappointed by the court’s recent ruling,” CMS Administrator Seema Verma said in the agency’s statement. “As a result of this litigation, billions of dollars in risk adjustment payments and collections are now on hold.”

Some health care experts, however, believe that risk adjustment has caused more damage than good and needs urgent fixing. They claim its reimbursement formula is flawed and CMS has ignored it for years, resulting in the failure of many small health plans.

“Risk adjustment under the ACA has been an example of a well-meaning regulation that has had destructive impacts directly contrary to its intent,” Jonathan Halvorson, a health care public policy adviser at consulting firm Sachs Policy Group, stated in an article for The Health Care Blog.

“It has caused insurer collapses and market exits that reduced competition. It has also led to upstarts, small plans and unprofitable ones paying billions of dollars to larger, more established and profitable insurers.”

Martin Hickey, the founder of New Mexico Health Connections, the state’s health care co-op and the company that filed the lawsuit, believes the court ruling will reduce the prices and benefit consumers.

“The risk adjustment formula was extremely biased in favor of large, established insurers and discriminated against new and small insurers, including co-ops like ours,” Hickey told The New York Times on July 7.

“People spin the administration’s decision as Trump trying to do harm, but it’s exactly the opposite,” he added. “It will allow more companies to get into the insurance market. That will increase competition, and competition will help keep prices down.”

However, the trade group America’s Health Insurance Plans (AHIP) said in a statement that the recent move would lead to uncertainty and increase premiums, putting the burden on small businesses and consumers.

“We are very discouraged by the new market disruption brought about by the decision to freeze risk adjustment payments,” AHIP stated.

“This decision comes at a critical time when insurance providers are developing premiums for 2019 and states are reviewing rates.”

“Based on guidance from the Department of Justice, the Department of Health and Human Services has concluded that there is no appropriation for cost-sharing reduction payments to insurance companies under Obamacare. In light of this analysis, the Government cannot lawfully make the cost-sharing reduction payments,” the White House said after ending the payments in October 2017.

President Barack Obama’s signature law, the Affordable Care Act was signed into law in March 2010. In 2013, CMS finalized a risk adjustment methodology for states that uses the statewide average premium in order to maintain a budget-neutral program.

In January this year, the federal district judge in Massachusetts upheld the methodology used by the federal government to calculate risk adjustment payments.

In February, however, the federal district judge in New Mexico issued a decision voiding the formula used in calculating risk adjustment payments for the 2014–2018 benefit years. Following the decision, CMS asked the court to reconsider its ruling.