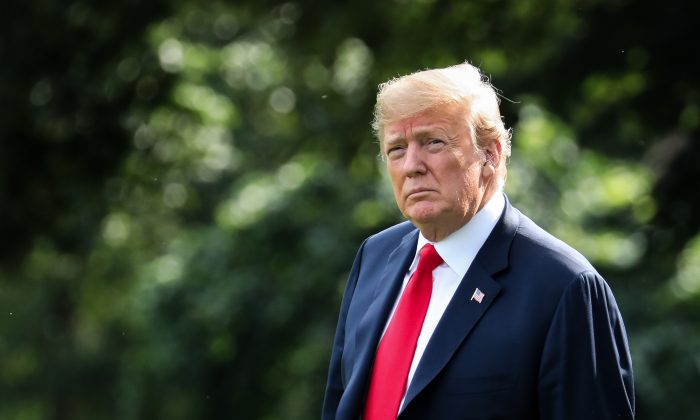 President Donald Trump on his way to board Marine One on the South Lawn of the White House in Washington on June 25, 2018. (Samira Bouaou/The Epoch Times)
US News

Trump Administration Seeks to Bring Government Into the 21st Century

The Trump administration wants to start a conversation about reforming and reorganizing government, and a recently released 130-page report is its opening statement.

“Delivering Government Solutions in the 21st Century Reform Plan and Reorganization Recommendations” is the result of an executive order in March 2017 calling for a comprehensive plan of reform, and represents over a year of work by the Office of Management and Budget. OMB solicited agency proposals and received 106,000 public comments, then analyzed the proposals and comments to produce the report.

Margaret Weichert, the deputy director for management of OMB, testified before Congress that the federal government is still doing things the way it did 50 years ago, although the country has gone through a digital revolution. An overriding theme of the report is to help the federal government fully enter the digital age.

While the report aims at a comprehensive approach to reform, its proposals vary from the very specific to the very general.

For instance, the report recommends merging the Departments of Education and Labor.

It also recommends devolving activities from the federal government and rethinking “how the Federal Government can drive economic growth in concert with private-sector investments in communities across the Nation.”

Some of the report’s recommendations can be accomplished by executive action, others will require Congress to pass legislation. Most will encounter the thicket of special interests each of which will want to have reform serving their constituencies.

Weichert cast this report as a first, not a last, word on complicated issues, saying “we welcome dialogue, debate, and discussion.”