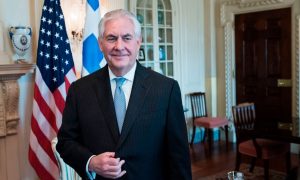 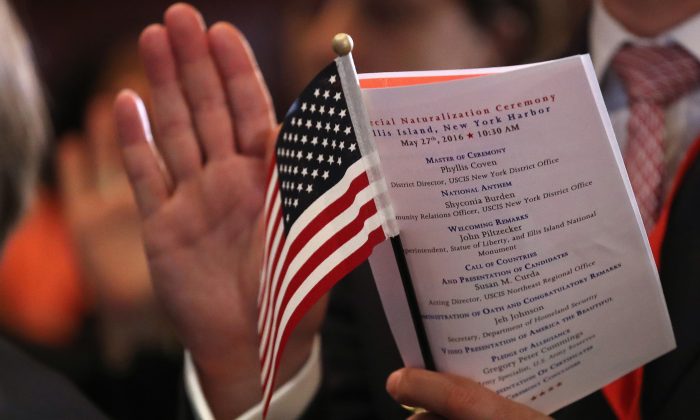 The Trump administration plans to postpone and then repeal an Obama-era visa program which allows foreign entrepreneurs to come to America to set up new companies.

The “International Entrepreneur Rule” was scheduled to go into effect on July 17. U.S. Citizen and Immigration Services, a division of the Department of Homeland Security, will take the rule “under review,” using procedural steps to delay its implementation until March 2018.

The agency is expected to start procedures to actually eliminate the rule at the same time.

Because the rule has not yet taken effect, no one who currently holds a visa will be affected.

Venture capitalists backing new tech firms—the Silicon Valley cadre—are likely to be most affected if the visa is killed.

The rule was created in the closing days of the Obama administration, to give an option to overseas entrepreneurs to enter the country if they could not obtain visas by another method. The new arrivals would have been given two-and-a-half years to start a new firm and gain a visa or green card that way.

The Trump administration has set a policy of limiting foreign workers, even skilled workers and tech-educated migrants. The thinking is that there is a sufficient talent pool already in the United States, which can produce the ideas to produce the companies which will produce the jobs, if they are not squeezed out by foreign competition.

This has annoyed Silicon Valley, which draws a lot of talent from overseas. Silicon Valley investment firms have made a lot of money backing immigrant-run start-ups.

The Department of Homeland Security says approximately 2,940 applicants would have been eligible for visas annually had the rule gone into effect as scheduled.

The National Venture Capital Association, backed by several immigration advocates, sent the president a letter on May 23 protesting the proposed elimination of the International Entrepreneur Rule.

“The International Entrepreneur Rule is desperately needed at a time when U.S. entrepreneurial leadership is being challenged by other countries,” the letter read. “Other countries understand that U.S. immigration policy often pushes away incredibly talented job creators, and our competitors are taking advantage.”

The letter also said that the people who would not be admitted would probably have started companies which would “employ Americans who [would] be hard at work solving our most pressing challenges in technology, healthcare, manufacturing, and more.”

The requirements for receiving an International Entrepreneur visa were that the applicant had secured $250,00 in funding, could show real potential for rapid business growth and job creation, and that the company would provide “significant benefit” to the United States.

One benefit of eliminating the program could be that those tech-oriented venture capital firms will have to look domestically for investment opportunities. U.S.-based tech start-ups which might otherwise have been overlooked might now have a better chance to get funded.