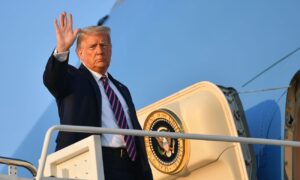 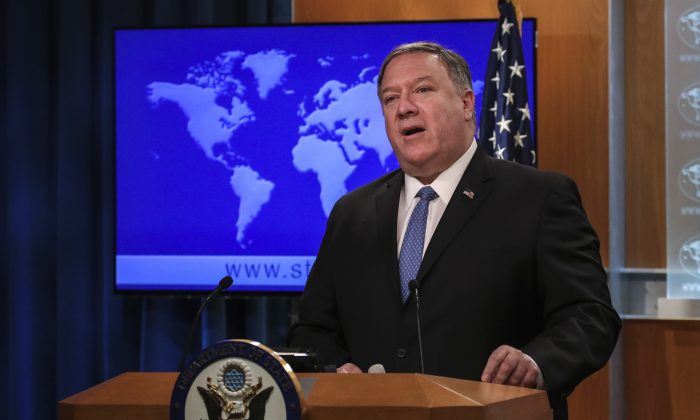 Secretary of State Mike Pompeo speaks about the Trump administration's Cuba policy during a press briefing at the U.S. Department of State, April 17, 2019, in Washington. (Drew Angerer/Getty Images)
Americas

The Trump administration has redesignated Cuba as a state sponsor of terrorism and will impose new sanctions in coming days.

Secretary of State Mike Pompeo announced the move in a statement on Jan. 11, noting Cuba’s harboring of fugitives and its support for socialist Venezuelan dictator Nicolas Maduro.

The communist country was also flagged by the Department of State for “repeatedly providing support for acts of international terrorism in granting safe harbor to terrorists,” according to the statement.

Among them is Joanne Chesimard, known as Assata Shakur, a former member of the Marxist Black Liberation Army who has been promoted by the founders of the Black Lives Matter movement. Chesimard, 73, was convicted and sentenced for being an accomplice of the first-degree murder of a New Jersey state trooper in the early 1970s before she was broken out of prison years later; she later fled to Cuba.

The FBI placed her on the Most Wanted Terrorists List in 2013.

Other designated terrorists that are being harbored by Cuba include Ishmael LeBeet, who was convicted of killing eight people in the U.S. Virgin Islands in 1972, as well as Charles Lee Hill, who killed a New Mexico state police officer in 1971, among others, according to the State Department.

The Trump administration has taken a much harsher stance against Cuba following a relative warming period under the Obama administration, when Cuba was taken off the “state sponsors of terrorism” list. Former President Barack Obama became the first president to visit Cuba since the Communist Party led by Fidel Castro took over—and the first president to visit since 1928.

But the Trump administration has increased flight restrictions, trade restrictions, and imposed financial penalties. Former Trump national security adviser John Bolton had been a major proponent of redesignating Cuba as a state sponsor of terrorism.

Other than harboring fugitives, according to the State Department, Cuba is engaging in “malign behavior” across South America and the Caribbean. The country has developed close ties with Venezuela and forces loyal to Maduro, while it also currently supports Marxist FARC militants in Colombia.

Previously, the Trump administration suggested Cuba was behind alleged attacks that left dozens of American diplomats in Havana with brain injuries, starting in 2016, possibly from directed microwave radiation.