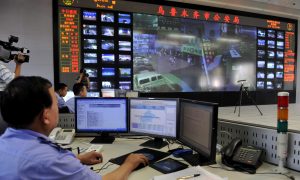 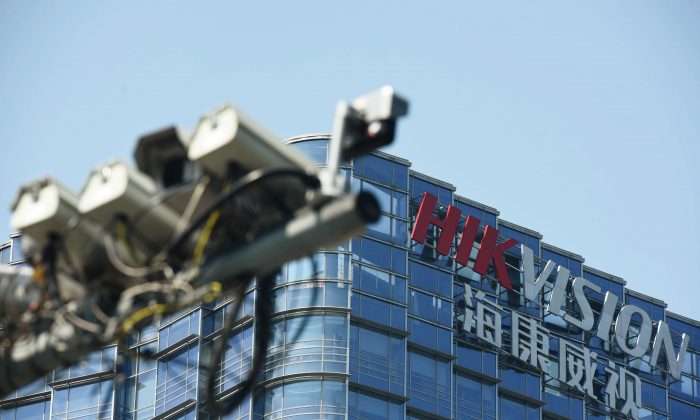 The U.S. administration is said to be considering trade sanctions on the Chinese surveillance camera manufacturer Hikvision, The New York Times reported on May 21, in another move to counter security threats posed by the Chinese regime.

Such a measure would block U.S. firms from supplying technology to Hikvision unless it obtains government approval, the newspaper reported, citing anonymous U.S. officials. It would also be the first time the Trump administration punishes a Chinese company for its role in the mass surveillance and detention of Uyghur Muslims in the Xinjiang region of China.

The potential move hasn’t been confirmed by the administration; both the Commerce Department and the White House declined to comment to The New York Times.

Hikvision, the leading manufacturer of surveillance cameras in China, sells closed-circuit TV products, traffic and thermal cameras, and unmanned aerial vehicles. It has collaborated closely with Beijing to develop artificial intelligence-enhanced technology for monitoring its citizens, including in the northwestern region of Xinjiang, where the U.S. State Department and United Nations experts estimate that more than 1 million Uyghurs and other Muslim minorities are currently being held within internment camps.

On May 15, the Trump administration added Chinese telecom giant Huawei to a trade blacklist on national security grounds, effectively banning U.S. firms from doing business with it.

Huawei says it can ensure a steady supply chain without U.S. suppliers. But several chipmakers, including those based outside the United States, have reportedly suspended doing business with the telecom company.

On May 20, German chipmaker Infineon Technologies was reported by Japanese media Nikkei to have suspended shipments to Huawei in order to comply with the U.S. ban.

UK-based chip designer ARM instructed all staff to suspend business with Huawei, the BBC reported on May 22, citing internal documents obtained by the outlet. The UK company believes it’s affected by the U.S. ban because its designs contain “U.S. origin technology,” the BBC reported.

Google, which makes the Android operating system and services for Huawei’s smartphones, announced that it would suspend its business with Huawei on May 19.

A Hikvision executive told Reuters that the company would be able to survive in the event of a U.S. trade ban.

“Even if the U.S. stops selling them to us, we can remedy this through other suppliers,” a Hikvision executive said on condition of anonymity, given the sensitivity of the matter.

“The chips Hikvision uses are very commercial and most of the suppliers are actually in China,” she said, but added that the company hadn’t been informed of any possible U.S. blacklisting.

According to a November 2018 report by the Financial Times, Hikvision sources many of its tech parts from U.S. companies, such as Intel, which provides processing chips; Nvidia, which provides deep-learning graphics chips; and Seagate, which designs custom data storage solutions for the Chinese firm.

Bloomberg, in a May 21 report that cited people familiar with the matter, also reported about the same measure, noting that the U.S. government was deliberating whether to add Hikvision, security equipment maker Zhejiang Dahua Technology, and several other unidentified firms to a blacklist.

A Dahua investment department employee declined to comment to Reuters.

Hikvision has come under increased scrutiny by experts, rights organizations, and lawmakers over its role in the mass surveillance of the millions of Turkic-speaking Muslims in China’s Xinjiang region, an area effectively rendered a police state. The Chinese regime repeatedly claims that its measures serve to combat extremism.

The region has served as a testing ground for sophisticated forms of mass surveillance and control. Uyghur residents are monitored via a dense network of surveillance cameras—some enhanced with facial recognition and night-vision capabilities—and security checkpoints.

On top of surveillance, more than 1 million Uyghurs and other Muslim minorities are being detained in internment camps where they are forced to undergo political indoctrination and renounce their faith. Former detainees have also recounted Uyghurs being tortured, raped, and even killed in these camps.

Secretary of State Mike Pompeo, in an interview with Fox News on May 2, said the internment camps were “reminiscent of the 1930s [Nazi Germany] that present a real challenge to the United States, and this administration is prepared to take this on.”

In April, more than 40 U.S. lawmakers signed a letter to U.S. President Donald Trump’s top advisers, which condemned Hikvision and Dahua for being “complicit in human rights abuses,” and called for tighter U.S. export controls over such Chinese companies.

In an email to Reuters on May 22, a Hikvision spokeswoman said the firm takes those concerns seriously and since October 2018 had been engaging with the U.S. government on the subject.