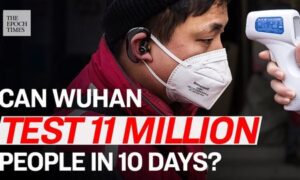 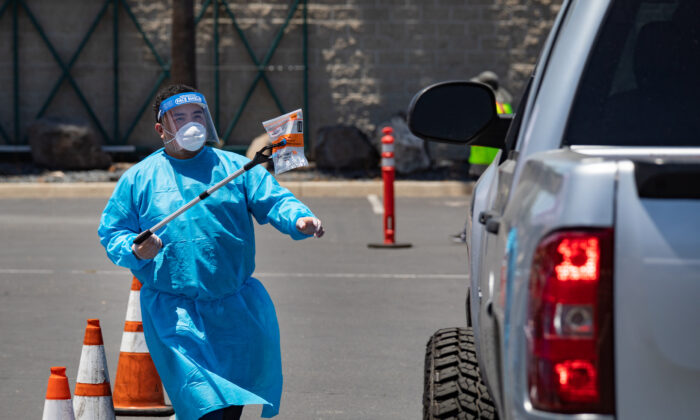 The Food and Drug Administration (FDA) has issued the administration’s first emergency use authorization for a new method of COVID-19 testing known as sample pooling.

In what is called pooled or group testing, several samples are tested as a batch, rather than checked individually. If the whole batch tests negative for the presence of the disease, testers move on to evaluate another batch. This minimizes the need to test each individual sample because only if there’s a positive indication of the virus at a batch level is there a need to test individual samples.

The FDA said in a July 18 news release that it was granting the emergency authorization to a Quest Diagnostics test (pdf), which can be used with pooled samples containing up to four swab specimens.

The advantage of this new pooled testing method is that fewer tests can be run overall, using up fewer testing supplies while allowing more tests to be carried out at the same time and typically delivering results more quickly.

“This EUA for sample pooling is an important step forward in getting more COVID-19 tests to more Americans more quickly while preserving testing supplies,” FDA Commissioner Stephen M. Hahn said in a statement.

The FDA said that group testing strategies such as the newly authorized Quest SARS-CoV-2 rRT-PCR test are most efficient in regions with relatively few COVID-19 cases, or when testing larger numbers of people who show no symptoms.

“This method works well when there is a low prevalence of cases, meaning more negative results are expected,” the FDA said in an earlier statement announcing steps to facilitate sample pooling.

The FDA noted that, because samples are diluted, there is a greater likelihood of false negatives with pooled testing, especially if samples are not properly validated.

Pooling samples is a method that Dr. Anthony Fauci, director of the National Institute of Allergy and Infectious Diseases, recently said health officials were seriously considering as a way to ramp up COVID-19 testing in the midst of a pandemic characterized by a high degree of asymptomatic spread.

“What you need to do is find the penetration of infected people in your society,” Fauci told The Washington Post in late June. “And the only way you know that is by casting a broad net.”

Robert Redfield, the director of the Centers for Disease Control and Prevention, told lawmakers in recent Congressional testimony that pooling samples had the potential to expand testing.

“We’re looking at ways that can really substantially enhance testing by potentially pooling samples,” Redfield said, noting that currently between 500,000 and 600,000 tests per day were being done across the United States and that the administration was seeking solutions that would increase this several-fold.

“If we can pool samples five to one, that would bring it to 3 million tests per day. So we’re continuing to try and enhance testing; it’s a critical underpinning of our response.”