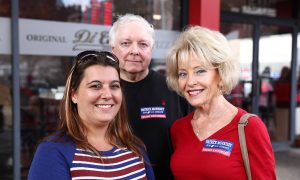 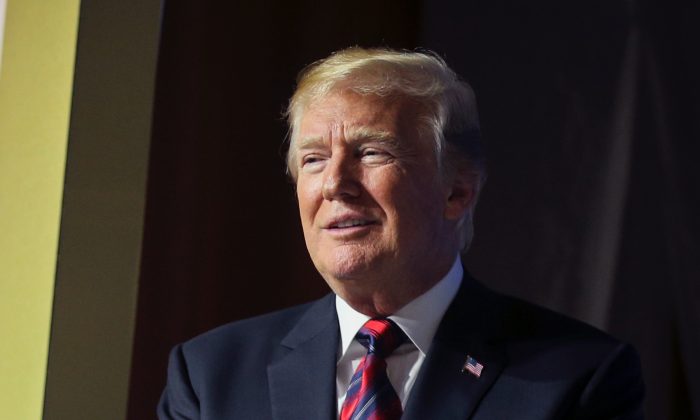 President Donald Trump walks onstage to speak at the Susan B Anthony List gala at the National Building Museum in Wash., on May 22, 2018. Trump is the first sitting president to speak at the anti-abortion organization's annual dinner. (Oliver Contreras-Pool/Getty Images)
Politics

The Trump administration announced on Feb. 22 that it will ban taxpayer-funded facilities from promoting or performing abortions.

The administration said it will also bar the family planning centers from referring women to other clinics to get abortions.

Congress established the program in 1970 and stated clearly in the legislation that funds couldn’t be used to support abortion.

One of the major provisions of the new final rule is prohibiting the funds from being used “to perform, promote, refer for, or support abortion as a method of family planning,” the Department of Health and Human Services stated in a press release.

The rule is set to take effect in 60 days.

Marjorie Dannenfelser, president of the Susan B. Anthony List, a nonprofit that seeks to reduce and ultimately end abortion in the United States, hailed the move.

BREAKING: President Trump’s Protect Life rule was just finalized! This rule could defund Planned Parenthood of as much as $60 MILLION of our tax dollars each year! #ProLife

“We thank President Trump for taking decisive action to disentangle taxpayers from the big abortion industry led by Planned Parenthood,” she said in a statement.

“The Protect Life Rule does not cut family planning funding by a single dime, and instead directs tax dollars to entities that provide healthcare to women but do not perform abortions. The Title X program was not intended to be a slush fund for abortion businesses like Planned Parenthood, which violently ends the lives of more than 332,000 unborn babies a year and receives almost $60 million a year in Title X taxpayer dollars.”

According to the group, under the ban Planned Parenthood, which provides abortion and healthcare to women through clinics, could lose up to the full amount it receives from the government on an annual basis.

Dr. Leana Wen, Planned Parenthood president, said that the new ban was illegal, though it wasn’t clear how it would be illegal.

“Planned Parenthood will fight the Trump-Pence administration through every avenue so this illegal, unethical rule never goes into effect,” she told reporters in a call after the rule was announced, reported the Washington Examiner. The organization said the requirements of clear separation between family planning clinics and abortion facilities would force it to build separate entrances and exits at its facilities along with other measures.

Wen suggested that the group would consider pulling out of Title X if the rules stay in place.

The rule came about a month after a poll found that most Americans support restrictions on abortions.

Three in four respondents told Marist University that abortion should be limited, at most, to the first three months of pregnancy, including 78 percent of independents.

Asked about taxpayers funding abortions, 54 percent said they oppose such arrangements, compared to 39 percent in support.

“The majority of Americans—in both parties—support legal restrictions on abortion. Two-thirds of Americans want Roe revisited to allow for state regulation of abortion or to ban it altogether. The majority of the American people deserve to have their opinions heard,” said Knights of Columbus CEO Carl Anderson in a statement. The group helped conduct the poll, which surveyed 1,066 adults by phone.