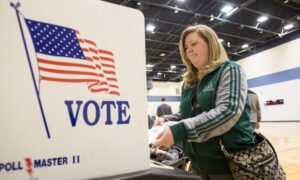 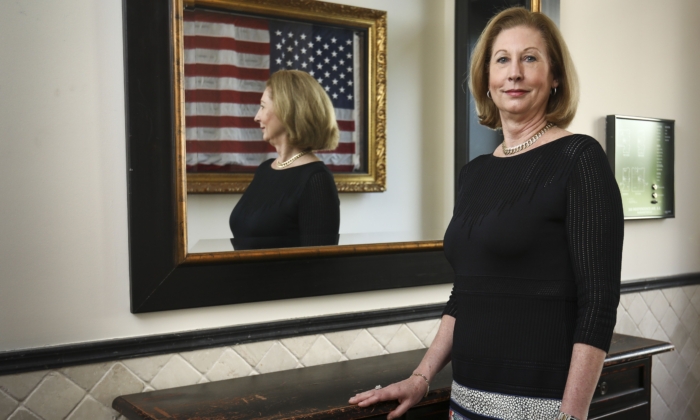 Sidney Powell, author of the bestseller "Licensed to Lie "and lead counsel in more than 500 appeals in the Fifth Circuit, in Washington on May 30, 2019. (Samira Bouaou/The Epoch Times)
Election Integrity

“I look forward to Mayor Giuliani spearheading the legal effort to defend OUR RIGHT to FREE and FAIR ELECTIONS! Rudy Giuliani, Joseph diGenova, Victoria Toensing, Sidney Powell, and Jenna Ellis, a truly great team, added to our other wonderful lawyers and representatives!” Trump wrote on Twitter.

Powell engineered a stunning comeback in the Flynn case. Since she took over the case, the Department of Justice moved to drop the charges against Flynn. A federal judge has yet to rule on the request.

Powell responded to Trump’s announcement by tweeting the hashtag #ReleaseTheKraken.

The Trump campaign and third-party groups have significant election-related litigation pending in Nevada, Arizona, Michigan, and Pennsylvania. Georgia is conducting a hand recount of the presidential election, although the validity of the recount is being contested without a review of voter signatures. Wisconsin will undertake a recount once it certifies the results of the election.

The campaign’s lawsuits in part allege that Republican poll watchers weren’t given adequate access to observe the vote-counting process.

“There is tremendous evidence of wide spread voter fraud in that there is irrefutable proof that our Republican poll watchers and observers were not allowed to be present in poll counting rooms. Michigan, Pennsylvania, Georgia and others. Unconstitutional!” Trump wrote on Twitter.

The campaign’s lawsuits also include challenges to votes counted by Dominion Voting Systems. Trump and Powell both shared video clips about Dominion on Nov. 14. In one of the clips, the company’s CEO testifies that the Dominion machines contain components that come from China. Another clip features a portion of an NBC News report on how Dominion systems were accessed by hackers at the annual DEF CON hacking conference.

It’s unclear when Powell joined the campaign’s legal effort but she appeared to be on board as early as Nov. 11, when she responded to a Twitter post by Shiva Ayyadurai, an engineer who received a doctorate from the Massachusetts Institute of Technology. In the tweet, Ayyadurai alleged that an analysis of voting tallies in Michigan suggested that an algorithm was used to switch 69,000 votes.

“You are absolutely right. Maybe more. We will be in contact asap,” Powell wrote.