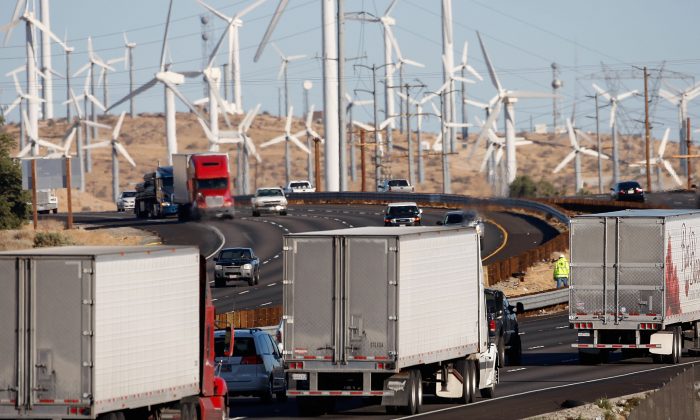 The Trump International Golf Club in Scotland had an advertisement put out through various publications that opposed wind turbines. A photo of wind turbines overlooking a highway was accompanied by text asking “Is this the future for Scotland?”

The ad asked people to demonstrate against proposed wind turbines and write to Alex Salmond, the current First Minister of Scotland.

Wind turbines would hurt tourism and harm the beauty of Scotland, the ad also says. Trump says the wind energy project would mar the view from his luxury golf resort.

The Advertising Standards Authority received 21 complaints about the ad.

The authority ruled the ad can’t be shown anymore because:

1. The claim that “tourism will suffer” is not supported by evidence that there would actually be a negative effect.

2. The image, which was of wind turbines overlooking an American freeway, was not representative of the proposed wind farm in Scotland

“While a concentration of windfarms might have serious implications for a limited number of individual households, the impact of windfarms on Scottish tourism was very small,” the ASA said. “Because we had not received evidence that tourism would significantly suffer as a result of windfarms in Scotland we concluded that the claim had not been substantiated.”

Trump International has not responded yet.