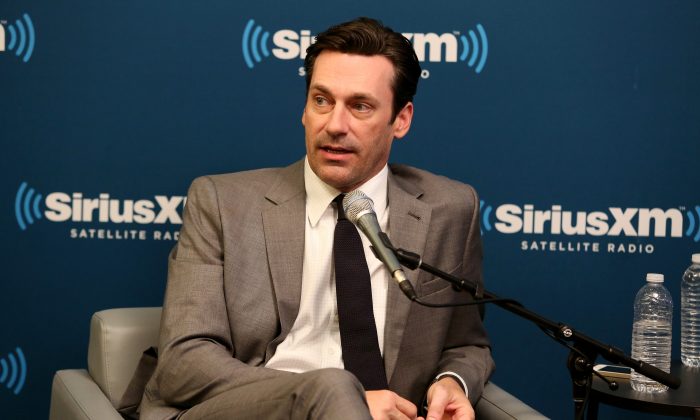 Two of the latest names rumored to be part of True Detective season 2 are Jon Hamm of Mad Men fame and America Ferrera.

There has been word that at least one of the leads will be female, prompting a reporter to ask Ferrera if she would take on a lead role if asked.

“That’s exciting! I loved the first season, I love doing drama as well as light-hearted, comedic stuff. When I chose something it’s all about the character; someone juicy to play! But sure! If they call me and offer it of course I would consider it!” she told Yahoo.

“With names such as Jessica Chastain, Kristen Wiig and Emma Stone being thrown around, series creator is no closer to revealing who he has in mind for the gritty role/s, and even if he did, he seems to be playing his cards mightily close to him chest on this one.”

Meanwhile, the blog True Detective Rumors says that Hamm’s name has been thrown around as a possibility for the next season.

“Hamm is a wild card as he’s brilliant on Mad Men but we wouldn’t want a carbon copy of Don Draper on True Detective. This isn’t to say that Hamm isn’t a talented actor who could pull it off, rather he’s the type of character on Mad Men that might fit too well into True Detective which could come off as repetitive,” it said. It noted that the rumor is unconfirmed.

Meanwhile, The Wrap reported recently that the first script for season 2 indicates that it features one male lead and male and female co-stars. The wording is a bit unclear but it seems that instead of expanding the main cast to three, which creator Nic Pizzolatto previously indicated, it would instead be narrowed down to one.

Pizzolatto also revealed that the next season will take place in California–”not Los Angeles but some of the much lesser-known venues of California, and we’re going to try to capture a certain psychosphere ambiance of the place, much like we did in Season 1.”

He had previously told HitFix  that the new season would be about “hard women, bad men and the secret occult history of the United States transportation system.”