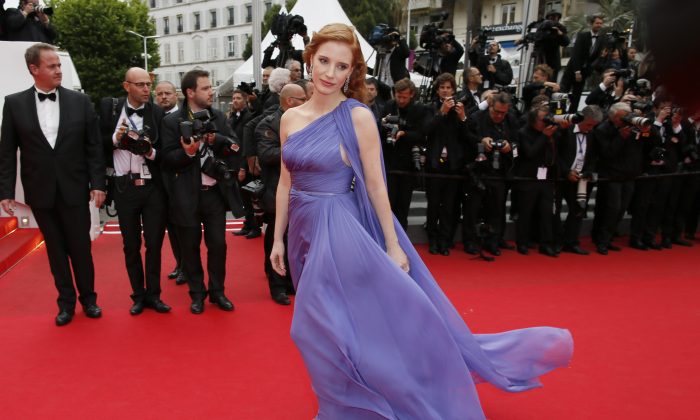 Actress Jessica Chastain poses for photographers as she arrives for the screening of Foxcatcher at the 67th international film festival, Cannes, southern France, Monday, May 19, 2014. (AP Photo/Thibault Camus)
Entertainment

After the Nerdist posted an exclusive that Jessica Chastain would be joining the cast of the HBO drama “True Detective” Season 2, E Online confirmed that the Oscar-winning actress is in fact not going to star in the show.

“E! News can confirm the Oscar-nominated actress is not heading to the HBO series,” the website wrote.

With two of the main detectives Rust Cohle (Matthew McConaughey) and Marty Hart (Woody Harrelson) confirming that they are will not be part of the next season, HBO will need to start looking for two new leads.

There are already very strong suggestions about a possible female lead. There are also rumors that the female lead will be joined by Brad Pitt as her crime-solving partner Rust Cohle.

Creator of the series, Nic Pizzolatto, has also hinted at the possibility of a female lead character in Season 2. “This is really early, but I’ll tell you (it’s about) hard women, bad men and the secret occult history of the United States transportation system,” Pizzolatto told HitFix.