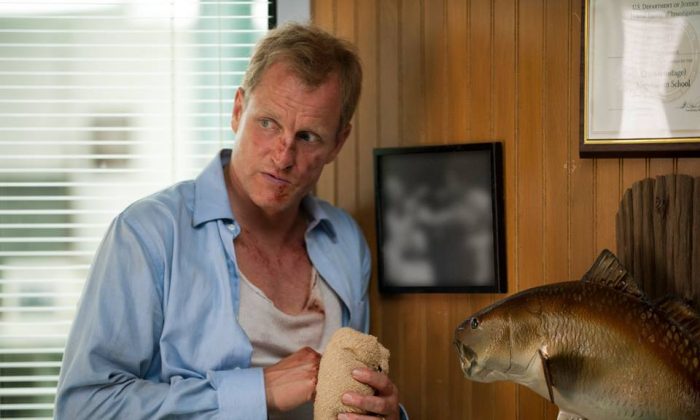 As True Detective season 1 ends on Sunday night people are wondering about season 2.

Let’s check out what we know so far:

-HBO wants to do a season 2. “I just have to give them scripts and see if they like them! It would be great if we could use some of the same actors, like a reparatory company. It would be different characters, different setting. That’s part of the fun of the anthology,” series creator Nic Pizzolatto told E! News.

-It’s unclear if Woody Harrelson (Martin Hart) will be returning but it looks like he won’t be either.

-A new lead character could be a woman, Pizzolatto hinted via Twitter in a tweet he later deleted. “I deleted the tweet because I didn’t want to be beholden to a promise and then change my mind,” he told BuzzFeed. “I’m writing Season 2 right now, but I don’t want to divulge any potentialities, because so much could change. I just never want to create from a place of critical placation — that’s a dead zone. So I don’t want, for instance, a gender-bias-critique to influence what I do.”

-He emphasized to E! that “the dilemma with the females in the script is that this is an extremely tight point-of-view show. You’re either in Hart’s point of view or Cohle’s point of view. Any character that is not them runs the risk of being peripheral.”

-Pizzolatto told reporters during a recent Television Critics Association that the series could include an ever-changing storyline and cast, similar to “American Horror Story.”  “There could be a season that’s much more of a widespread conspiracy thriller, a season that’s a small town murder mystery, a season where nobody is murdered and it’s a master criminal versus a rogue detective or something,” he said. “Even the title, ‘True Detective,’ is meant to be, of course, purposefully somewhat generic. The word ‘true’ can also mean honorable and authentic and things like that. So as long as there is some crime in there, I think the series format can approach it.”

-Pizzolatto explained more about the filming details: “With this season, once I started writing in earnest, it took about three and a half months to get the scripts. Episode 1 was written in mid-2010, and 2 was written in mid-2011, but I rewrote them and all eight were done by early August 2012; then we moved into pre-production from September through most of January. Then shot a full six months. Then did post from July 2013 to January 2014. It’s very possible to do it once a year; the main thing that slowed us down was having to wait to do all of post-production until after we’d wrapped. I’d like to get two or three scripts exactly where I want them, then start getting the gears rolling in earnest. Casting is its own issue. Who we cast and what their schedule is will likely determine at least some part of scheduling, and scheduling will determine at least some part of casting.”

-He added that he’s not planning on working with just one director again. “We don’t have any plans to work with one director again. It would be impossible to do this yearly as we need to be able to do post while we’re still filming, like any other show. There’s some great guys I’ve consulted, and we’re all confident we can achieve the same consistency. Going forward, I want the show’s aesthetic to remain determinedly naturalistic, with room for silences and vastness, and an emphasis on landscape and culture. And I hope a story that presents new characters in a new place with authenticity and resonance and an authorial voice consistent with this season. Dominant colors will change. South Louisiana was green and burnished gold.”