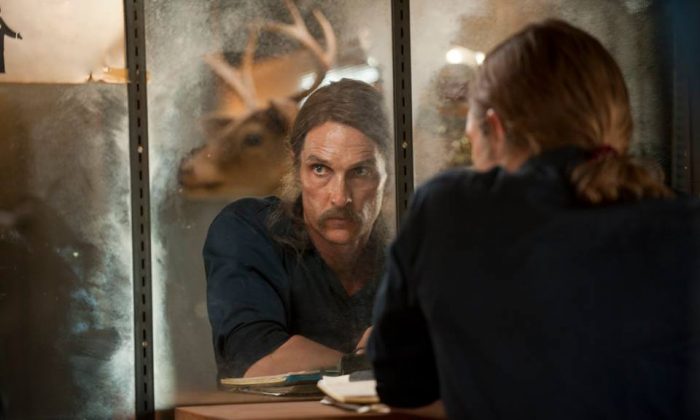 True Detective season 1 has its finale on Sunday, March 9.

The eighth episode will air at 9 p.m. ET on HBO.

The episode will be the last one for Matthew McConaughy, who will not be back next season to reprise his role as Rust Cohle.

It’s not clear if Woody Harrelson (Martin Hart) will return.

Episode 8 features an overlooked detail that provides the detectives with an important new lead in their 17-year-old case, according to the official description.

One spoiler is that show creator Nic Pizzolatto has said that neither Rust nor Marty is the killer.

A premiere date for season 2 hasn’t yet been announced.