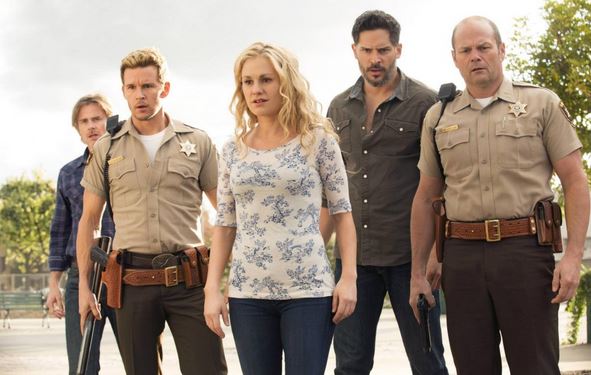 The True Blood season 7 finale is on Sunday night, and some fans are wondering whether there will be a season 8.

Most fans already know, but HBO decided last year that season 7 would be the last.

“True Blood has been nothing short of a defining show for HBO,” said Michael Lombardo, president of HBO Programming, in a statement at the time.

“Alan Ball took the books by Charlaine Harris, assembled a brilliant cast led by the magnificent Anna Paquin in the role of Sookie Stackhouse, and crafted a show that has taken its many devoted fans on an unforgettable journey. Alan passed the baton to Brian Buckner, who led our fantastic writers and crew in crafting a spectacular sixth season, and he will lead us through the seventh and final season of this amazing show.

“Together with its legions of fans, it will be hard to say goodbye to the residents of Bon Temps, but I look forward to what promises to be a fantastic final chapter of this incredible show.”

Anna Paquin ” Sookie” said in an interview on Late Night With Seth Meyers this summer after filming had just wrapped that it was “completely surreal” to finish.

“It’s really sad that this whole group of people that’s been together so long are–we’ll be friends, but we’ll never be together in the same way [again],” she said.

“We had this big, giant scene that’s one of the last scenes in episode 10 where everyone is there. We did a lot of crying and hugging,” she added.

“And then on Wednesday we were shooting an hour and a half outside Los Angeles in a really small town in a church when the season wrapped. By the time we were done the power had been shut off in my trailer already and I couldn’t find my clothes. I went, wow I guess we’re really done.”