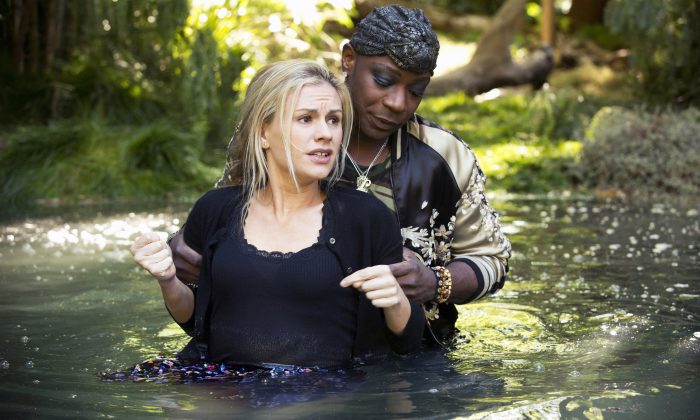 “True Blood” Season 7–the final one in the HBO franchise–will feature more violence and bloodshed, the show’s executive producer has said.

“We’re going back to the original promise of the show: Bill and Sookie. People are going to be very surprised about the way we get there. There’s romance, sadness and resolution,” he said.

“Fans can expect a bloody barbecue with consequences in the season premiere,” added Buckner. “Nobody’s safe.”

The final season is set to premiere June 22, and there’s already been a second trailer released for the show.

The trailer shows a small glimpse into the plot, with Sookie possibly taking the blame that has been brought to Bon Temps.

The description for the first episode reads, “A band of rogue H-vamps crashes the vampire-human mixer at Bellefleur’s, with shocking results. As Sookie (Anna Paquin) seeks refuge from accusations that she’s somehow to blame for the chaos in Bon Temps, the ‘one vampire for every human’ plan moves forward. In the face of a vigilante insurrection led by redneck Vince (Brett Rickaby), Bill (Stephen Moyer) receives aid from an unexpected source,” according ot Hypable.