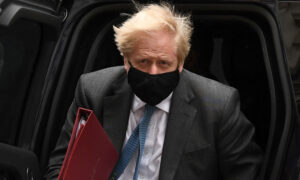 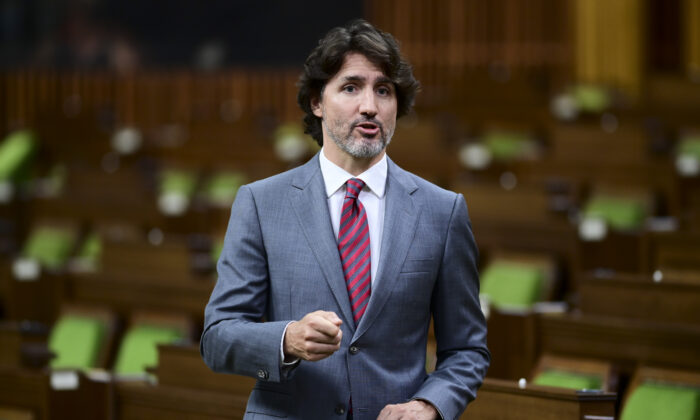 Prime Minister Justin Trudeau rises during question period in the House of Commons on Parliament Hill in Ottawa on May 26, 2021. (Sean Kilpatrick/The Canadian Press)
Canada

“I know there are a lot of theories out there but we need to make sure we are getting to a full and complete airing of the facts to actually understand what happened,” Trudeau said on May 27.

U.S. President Joe Biden ordered U.S. intelligence officials on May 26 to redouble efforts to investigate the origins of the CCP virus, including any possibility the trail might lead to a Chinese laboratory.

Trudeau said these efforts will not only ensure accountability but could also provide insight into how to protect the world from future pandemics.

Biden said in a statement on May 26 that the U.S. Intelligence Community has “coalesced around two likely scenarios” but has not reached a definitive conclusion on this question.

“Here is their current position: ‘while two elements in the IC leans toward the former scenario and one leans more toward the latter–each with low or moderate confidence–the majority of elements do not believe there is sufficient information to assess one to be more likely than the other,'” Biden said.

Amanda Schoch, assistant director of U.S. national intelligence for strategic communications, said on May 27 that U.S. intelligence officials are continuing to examine evidence and collect and analyze information to identify the origin of the virus.

The UK government on May 24 asked the World Health Organization to “explore all possible theories” while investigating the origins of the virus.

The Wall Street Journal reported on May 23 that three researchers from China’s Wuhan Institute of Virology sought hospital care with COVID-like symptoms in November 2019—about a month before the appearance of “patient zero” identified by the Chinese communist regime.