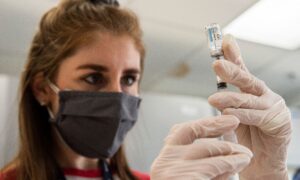 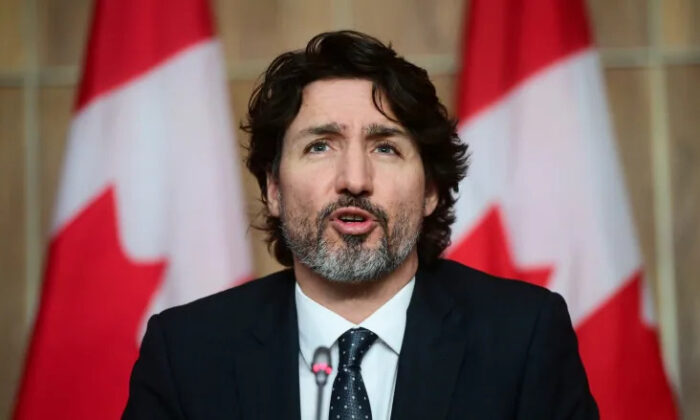 Canada pre-ordered 10 million doses of the vaccine, which is the first and only one in Canada’s vaccine plan that needs only one dose.

But Trudeau says Canada still doesn’t have a date for when it should receive the first deliveries.

“We have heard in many conversations with Johnson & Johnson that there are challenges around production of the Janssen vaccine, but we will continue to engage with them and we look forward to receiving doses as soon as possible,” he said Tuesday at a news conference in Ottawa.

“And as soon as we get confirmation of doses being sent to Canada, we will let everyone know.”

Canada’s vaccine rollout has stepped up this month, after deliveries slowed to a trickle in February. Nearly a million doses of Pfizer-BioNTech and Oxford-AstraZeneca vaccines were delivered last week, and 910,000 doses of Pfizer’s and Moderna’s vaccines are arriving this week.

As of noon Tuesday, more than 1.9 million Canadians had received at least one dose.

The CDC said Monday that two weeks after getting their second doses, Americans can now visit indoors, without masks, with other fully vaccinated people, or those who are not vaccinated but are at low risk of serious illness.

Tam said there are still too many unknowns, including the effect of COVID-19 variants, and how vaccines will affect the spread of the novel coronavirus.

“So I think we need to take a thoughtful approach, but it is important that we have to evolve our public health approach as more Canadians are getting vaccinated,” she said.

The United States is far ahead of Canada, having now vaccinated more than one in four people. Canada has vaccinated about one in 20.

Tam said there are “initial positive signs” that the Pfizer and Moderna vaccines are preventing transmission, as well as reducing the severity of illness, but it is still early.

The emergence of variants that aren’t all responding as well to vaccines is also of concern, she said. Tam said Ontario now believes almost one-third of its new cases are one of those variants, with the B.1.1.7 variant first identified in the United Kingdom the most common.

That variant also appears to be the most receptive to the current vaccines.

Manitoba said Tuesday it had confirmed five new cases of B.1.1.7 and eight of another variant called B.1.351, but also said there did not appear to be any community transmission of the variants.

Tam said the next couple of weeks will be critical as many provinces have just begun easing the tightest lockdowns.

“We will know pretty soon, I think, as to whether we are able to keep the variants at manageable proportions while vaccines are escalated,” she said. “Which is why now is not the time to sort of make too many shifts in the public health measures at this time. But we will be able to do so based on what actually happens next.”

The number of new cases in Canada has plateaued at about 2,900 cases per day for about three weeks but since Feb. 23, the average number of deaths per day has fallen from 54 to 37.

Newfoundland and Labrador also seems to be recovering from a major outbreak that swept through St. John’s last month. Public health officials reported one new case Tuesday and said active infections are down to 80, from 203 a week ago.

Canada’s vaccine contracts set out expected deliveries by quarter and all 10 million of Canada’s J&J doses are to come between April and September. But it’s not yet known how many are to come in the spring and how many in the summer.

Johnson & Johnson production problems are affecting Europe and the U.S. as well. Several European countries, where the vaccine isn’t yet authorized, said they don’t expect as many doses of it next month as originally planned.

U.S. President Joe Biden said last week when he took office he was informed Johnson & Johnson was behind on production and efforts began to find more production space. Sanofi was first contracted to help produce the vaccine in Europe and last week Biden announced Merck would help produce it in the United States.

But it will be many months before they have production lines up and running.