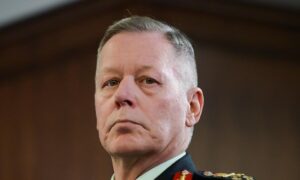 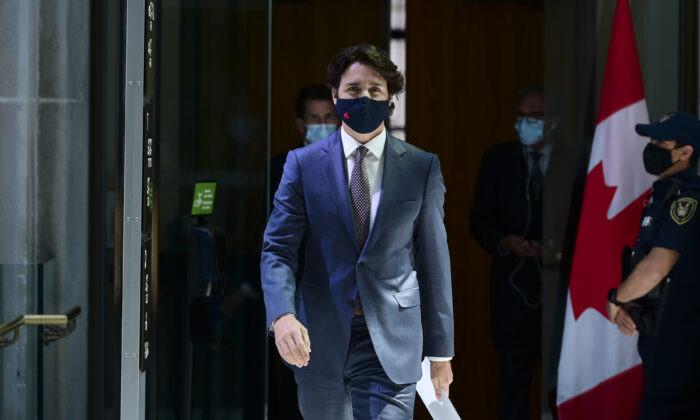 OTTAWA—Prime Minister Justin Trudeau says he learned weeks ago that the military officer overseeing Canada’s vaccination campaign was under investigation, which he described on Tuesday as “not an ideal situation.”

The comments represented the first from Trudeau since the Department of National Defence announced late Friday that Maj.-Gen. Dany Fortin was being replaced because of an unspecified military investigation.

A source who was granted anonymity because they were not authorized to discuss the matter publicly told The Canadian Press that the investigation relates to an allegation of sexual misconduct.

CTV News has reported that Fortin is being investigated for having allegedly exposed himself to a woman while he was an officer cadet at the Royal Military College in Saint-Jean, Que., in 1989.

Fortin’s military lawyer Cmdr. Mark Letourneau says his client only learned of the details of the allegation when reached by a reporter on Sunday, and that he categorically denies any wrongdoing.

Trudeau told reporters that he was not given the details of the allegation against Fortin as he was pressed on why the Liberal government did not replace the general immediately after it learned of the investigation.

The prime minister also deferred to military authorities when asked why more information about the nature of the investigation was not disclosed on Friday.

“I understand all these these questions, and they’re very legitimate questions,” Trudeau said.

“This is also not an ideal situation to be in, particularly in this moment of crisis in this moment of importance on the vaccine rollout. But it is really, really important that we have proper processes in place and that any concerns be followed up on.”

Trudeau also sought to reassure Canadians that the vaccination campaign, which is now being overseen by Brig.-Gen. Krista Brodie, will not be negatively affected by Fortin’s departure.

The Public Health Agency of Canada announced late Monday that Brodie, a 30-year veteran of the military who was working with Fortin on the vaccination campaign, would be taking over.