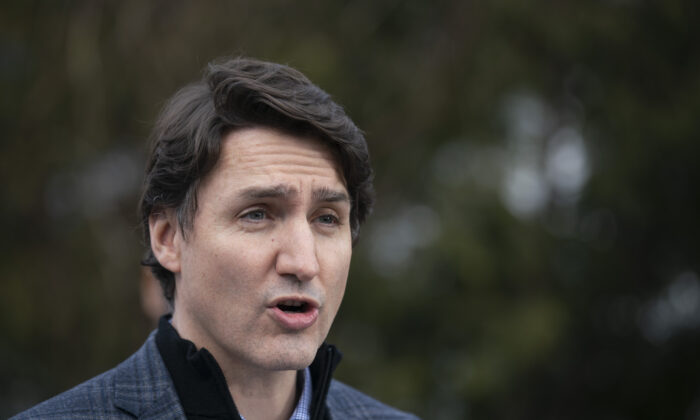 Trudeau Says Government Must Be ‘Careful’ Not to Accelerate Inflation

Prime Minister Justin Trudeau said today the federal government must be “careful” moving forward not to implement programs and policies that will accelerate already-spiking inflation rates.

At a press conference in Ottawa, Trudeau said the government would “do what is necessary to support vulnerable Canadians as we move forward, taking into account inflation.”

“But also being careful not to do things that will accelerate or exacerbate the inflation crisis,” he added, saying Canadians are facing “real challenges” when it comes to rising living costs and housing prices.

The Aug. 31 report also said that household savings rates across the country declined in the second quarter of 2022 by over three percent.

“Inflationary pressures on consumption and trends in employee compensation will likely be key determinants of future outcomes,” read the report.

A recent finance department survey concluded that inflation is now the number one concern for Canadians—topping the COVID-19 pandemic, crime, and terrorism.

The report said participants showed “pessimism and concern about the Canadian economy” and frequently referred to “rising grocery and gasoline prices.”

BMO is also predicting that the Bank of Canada will once again raise its key interest rate as soon as next week. In July, the central bank raised the interest rate by a full percentage point to 2.5 percent.

“Inflation in Canada is higher and more persistent than the Bank expected in its April Monetary Policy Report (MPR), and will likely remain around 8% in the next few months,” read a July statement from the central bank.

“Surveys indicate more consumers and businesses are expecting inflation to be higher for longer, raising the risk that elevated inflation becomes entrenched in price- and wage-setting,” it added.

“If that occurs, the economic cost of restoring price stability will be higher.”

The Canadian Press and Andrew Chen contributed to this report.