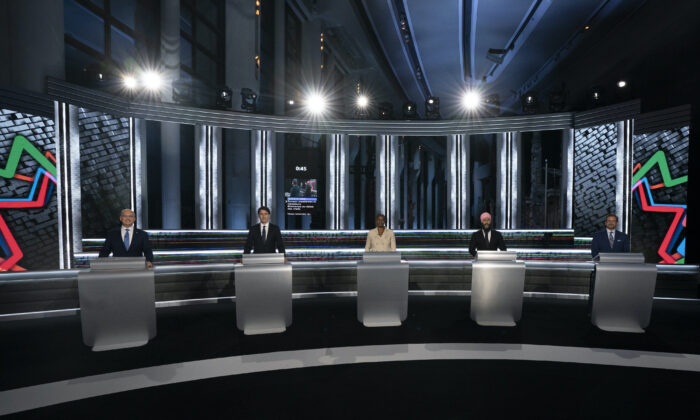 With polls indicating such a close race in the federal election, Erin O’Toole and Justin Trudeau both were surprisingly restrained in the second of the French-language election debates. Neither leader dropped any new policy stances and they stuck pretty closely to their talking points. They were more concerned with staying safe than with trying to score some sort of knockout blow in hopes of moving the needle of support.

The debate format was interesting. It was tightly moderated and while some direct, leader-to-leader discourse happened, it tended to be short and controlled. Some questions were posed by guests and others by the moderators. Many were rather tough. A diverse range of subjects was covered. This is in contrast with the English language debate which will be limited to only five subjects.

The first subject was on whether Trudeau would commit to a four-year term even if he wins a minority. This is a sticky subject for Trudeau as many people have been questioning his early election call. Trudeau didn’t give a direct answer to the question. Every other party leader spoke to the need to work together to ensure that a minority government lasts as long as it needs to. Over the course of the rest of the debate, those leaders repeatedly took shots at Trudeau for his having called an early election.

On the question of mandatory vaccination, Yves-François Blanchet, Jagmeet Singh, and Trudeau all were supportive and only differed slightly in how much pressure had to be put on people in order to get compliance. O’Toole and Annamie Paul both wanted to encourage people to get vaccinated but made a point of avoiding a call for outright mandatory vaccines.

O’Toole and Blanchet found some surprising common ground in calling for a reduction or suspension of CRB benefits in order to address the labour crisis. The remaining leaders wanted to maintain or even increase CRB benefits, with Paul calling for a permanent basic income program.

One of the more interesting portions of the debate was when questions were posed directly to individual leaders on subjects that they would likely have rather avoided.

Blanchet was put on the spot when asked if indigenous languages would be recognized as official languages in Canada. As the Bloc leader, Blanchet can’t endorse any language but French. While usually composed, Blanchet was clearly flustered as he tried to talk around the issue without insulting indigenous supporters.

Paul was asked about her split with her own party on the issue of Israel. It cut deeply as her party is in a state of internal disarray. Paul would only say that she recognizes international law.

O’Toole was repeatedly questioned on his stance on legislation that had banned a large number of firearms. O’Toole said he would keep it in place and review things.

Trudeau was asked about his failure to bring clean water to indigenous reserves. He said his government has made progress and is still working on it.

Singh was asked about costing his platform as the spending promises are unrealistic. He tried to assure people that he would be able to tax the ultra-rich enough in order to fund his promises.

Some genuine sparks flew when Blanchet implied that Trudeau is not a real Quebecer and couldn’t speak for the province. Trudeau was clearly agitated and lost composure while shouting that he was a Quebec resident. That anger carried over to the post-debate press conference when the subject came up. This is clearly a sensitive spot for Trudeau, and Blanchet will likely twist that knife on Trudeau again.

While there may have been no clear winner in the debate, Annamie Paul was the clear loser. With no platform or support from her own party, she is drifting and it showed in the debate. She was weak and often stuck to talking points on issues that demanded longer answers.

Being a French-language debate, the discourse naturally revolved predominantly around Quebec. Blanchet constantly pointed out how the federal government had no jurisdiction with most issues in Quebec and made no secret of his Quebec-first attitude. While other leaders were more nuanced, they were careful to avoid stepping on provincial rights when it came to Quebec in this debate. That attitude may change during the English-language debate on Sept. 9.

The second French-language debate was a well-managed and solid affair. Unfortunately, the questions were often more interesting than the answers. Hopefully, in the final debate of the election, we will gain better, more candid insight into where the leaders of the major parties stand on issues as the campaign hits the final stretch.