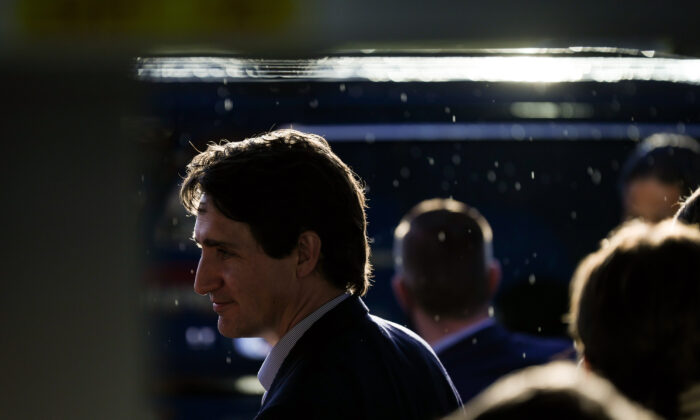 Light rain falls as Prime Minister Justin Trudeau leaves after a news conference in Kamloops, B.C., on May 23, 2022. (The Canadian Press/Darryl Dyck)
Canada

VANCOUVER—Prime Minister Justin Trudeau will be in Metro Vancouver today where he is expected to discuss housing and food bank issues.

The prime minister faced angry chants from some people at the memorial but was also warmly greeted by elders.

Trudeau has scheduled a news conference Tuesday morning after he holds an event to discuss federal housing policy.

Trudeau and B.C. Premier John Horgan are scheduled to make an afternoon announcement regarding the 2025 Invictus Games.