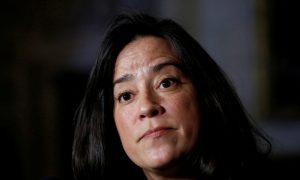 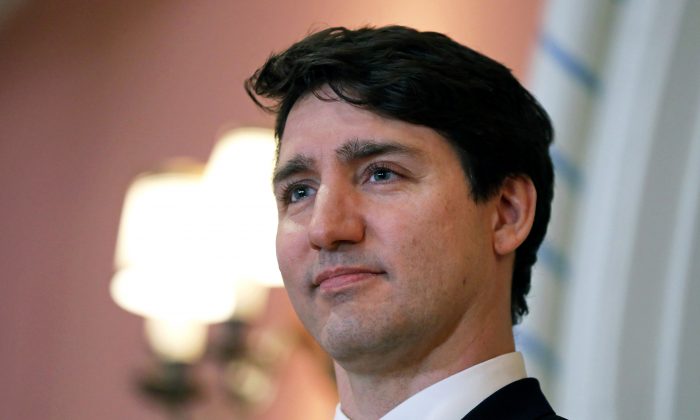 TORONTO—The resignation of a second high-profile minister from Prime Minister Justin Trudeau’s cabinet over his handling of a corruption case has further embroiled his Liberal government months before the upcoming October election in Canada.

Treasury Board President Jane Philpott’s departure on March 4 follows on the heels of the resignation of former Justice Minister and Attorney General Jody Wilson-Raybould, who last week told a parliamentary committee that Trudeau and his senior staff had inappropriately pressured her to help Canadian construction firm SNC-Lavalin avoid criminal prosecution.

The Montreal-based company is facing charges of fraud and corruption in connection with allegations of bribing Libyan officials between 2001 and 2011.

“It is a fundamental doctrine of the rule of law that our attorney general should not be subjected to political pressure or interference regarding the exercise of her prosecutorial discretion in criminal cases,” Philpott said in her resignation letter. “Sadly, I have lost confidence in how the government has dealt with this matter and in how it has responded to the issues raised.”

Opposition leader Andrew Scheer, who had earlier said Trudeau has lost the “moral authority” to govern and asked for a police investigation into allegations of political interference in the corruption case, said Philpott’s resignation shows the government is “in total chaos” and that other ministers should follow her example.

Trudeau has refuted Wilson-Raybould’s recollection of events and denied acting inappropriately in the SNC-Lavalin case. In response to Philpott’s resignation, Trudeau said he was disappointed but that he understood her decision to step down.

His other cabinet ministers have declared that they stand behind him.

An Ipsos poll commissioned for Global News shows that the majority of Canadians are following the developments related to the SNC-Lavalin affair, and that it’s going to impact their voting decisions. The poll shows support for the Liberals subsiding, and among Liberal voters, support for the prime minister going down.

Nelson Wiseman, a professor of political science at the University of Toronto, says the latest resignation from Trudeau’s cabinet is very significant, as it intensifies the crisis Trudeau is faced with.

“It lowers his image in the public’s mind even below what it was before [Philpott] resigned, because now it’s not just one person, it’s another cabinet minister,” Wiseman said, adding that a case involving multiple cabinet minister resignations hasn’t happened in Canada for decades.

However, he doesn’t think other cabinet ministers will follow suit. He also thinks the Liberals could still have a chance at the next election, as October is still months away.

Lori Turnbull, director of the School of Public Administration at Dalhousie University, however, says other resignations could be possible.

“One effect of Jody Wilson-Raybould’s testimony is that there’s now a clear line in the sand and the beginnings of a civil war in the Liberal fold,” Turnbull wrote in an op-ed for The Globe and Mail.

“The grey area in which MPs [members of Parliament] could plead to be both loyal to the Prime Minister and sympathetic to Jody Wilson-Raybould is quickly disappearing. They have to choose a side. Ms. Philpott has made hers clear. If others follow her lead, the Prime Minister’s confidence problem worsens.”

Testifying before the Parliamentary justice committee last week, Wilson-Raybould said she came under “consistent and sustained” pressure from the Prime Minister’s Office, the finance minister’s office, and the prime minister himself to help SNC-Lavalin avoid criminal prosecution. She also said she even received “veiled threats” of losing her job if she didn’t cooperate.

According to Wilson-Raybould, the government wanted her to pursue allowing SNC-Lavalin a remediation agreement—a move that would involve fines, but avoid a criminal trial.

Wilson-Raybould said she resisted the pressure to interfere with the case.

After reports about alleged political interference on the case were made public by media, Trudeau said on Feb. 11 that any decision that Wilson-Raybould had on the SNC-Lavalin prosecution was entirely hers, and that her continued presence in his cabinet spoke for itself. Wilson-Raybould resigned Feb. 12.

Canada’s ethics commissioner has launched an investigation into the case.