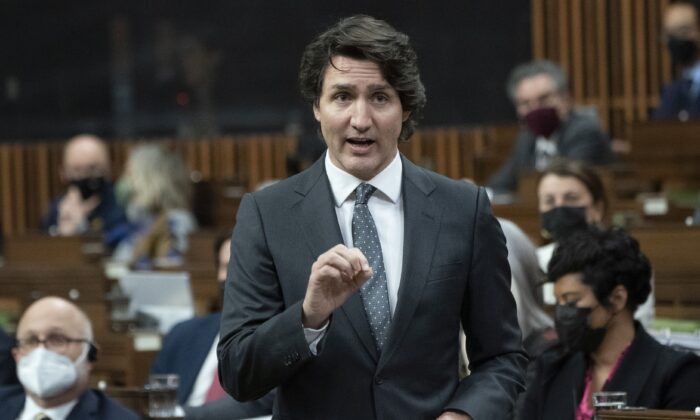 With recent revelations that neither the RCMP nor the Ottawa police requested that the federal government invoke the Emergencies Act, Conservative interim leader Candice Bergen said the Liberals’ argument for invoking the order is “very quickly falling apart.”

Both Prime Minister Justin Trudeau and Public Safety Minister Marco Mendicino have repeatedly said the act was invoked based on advice received from law enforcement.

“The Liberals are simply not telling Canadians the truth. The Emergency Measures Act was an overreach by the prime minister and a government in trouble. Their power grab was just another example of classic Liberal coverup: deny and blame,” said Bergen during question period in the House of Commons on Wednesday.

“The time has come for the prime minister to stop spreading disinformation, stop hiding the fact that he and his ministers had no valid reason to invoke the Emergencies Act.”

Bergen used the words “misinformation” and “disinformation” a number of times during her questions to Trudeau, words he himself often uses to counter Conservatives’ attacks or to justify the need for more regulation of information.

“The illegal blockades in our cities and at our ports represented a threat to Canadian jobs, to trade, and to our democracy. Police told us they needed additional tools to clear the blockades,” Trudeau answered.

The prime minister said the inquiry will be looking into the circumstances that led to invoking the act and the measures taken, but suggested it would also look at the Conservative Party’s involvement.

Bergen alluded to comments made by the RCMP commissioner and the Ottawa Police Service (OPS) interim chief in testimony before parliamentary committees in recent days.

OPS interim chief Steve Bell said on May 17 he had not made a “direct request” to the federal government to invoke the act. RCMP commissioner Brenda Lucki said on May 10 she had neither advised on nor requested invoking the act.

Lucki also stated that powers granted by the declaration of emergency were not needed to clear the border blockades that sprung up across the country in solidarity with the trucker-led protest in Ottawa demanding the lifting of COVID-19 restrictions.

The Liberal government invoked the Emergencies Act on Feb. 14 to clear the protests and blockades. The blockade in B.C. was cleared by the RCMP on Feb. 14 and the blockades in Alberta and Manitoba were abandoned voluntarily by protesters on Feb. 15 and 16 respectively.

Emergency measures such as designating a no-protest zone, compelling towing companies to remove vehicles, and freezing protesters’ financial accounts were used against the Ottawa protesters on the weekend of Feb. 18.

The act was revoked on Feb. 23, two days after the Liberals submitted the invocation of the act to a vote of confidence in the House of Commons.