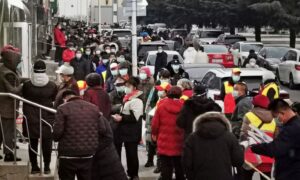 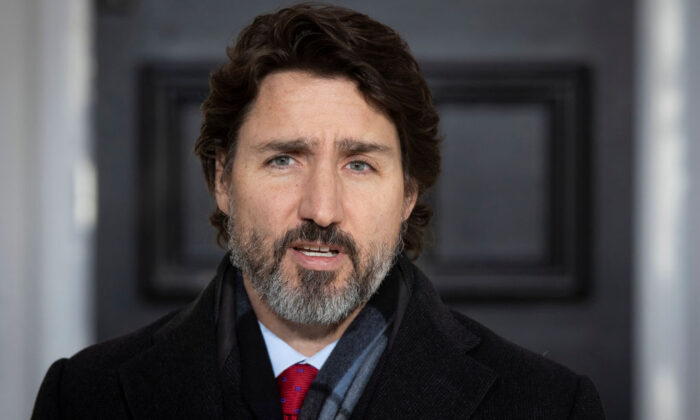 Trudeau Condemns China for Blocking WHO Investigation of COVID-19 Origins

Canadian Prime Minister Justin Trudeau condemned China for blocking a team from the World Health Organization (WHO) from investigating the origins of COVID-19 within its borders.

Trudeau pledged to ensure WHO investigators are allowed entry into China during an interview with City News on Jan. 6.

“There’s certainly going to be a time for necessary accountability and understanding exactly how the world ended up plunged into this terrible, terrible situation and the role China had to play in this as the origin of the virus is going to need to be known,” Trudeau said.

“For China to not cooperate and not participate in that is unfortunately very predictable, given the recent stances by the Chinese government on collaborating with international authorities, but [it’s] not going to be able to protect them from making sure that the truth does come out.

The probe comes after months of negotiations with Beijing, which finally agreed to it in December 2020. The expeditions were to unfold in Wuhan, the capital of China’s Hubei Province, where the CCP (Chinese Communist Party) virus was first detected in 2019.

China denied entry to WHO investigators at the last minute, saying that they lack visa clearances.

“We learned that Chinese officials have not yet finalised the necessary permissions for the team’s arrival in China,” Tedros Adhanom Ghebreyesus, director-general of the WHO, said at a press conference on Jan. 5.

“I am very disappointed with this news given that two members had already begun their journeys and others were not able to travel at the last minute,” he said.

Australia also urged China to grant access to the health officials, as suspicions of a cover-up in China of the origins of the CCP virus grows around world.

“We hope that the necessary permissions for the WHO team’s travel to China can be issued without delay,” Marise Payne, Australia’s foreign minister, told reporters on Thursday.

U.S. President Donald Trump has blamed China for allowing the virus to escape and spread across the world. Last year, the United States withdrew its membership from the WHO, as the Trump administration has criticized the organization’s dependency on China and its response to the pandemic as it rampaged.

Trudeau said Canada will work with other countries to force the issue on the Chinese regime.

“We will find out how this virus started.” Trudeau said.

“We’re working with partners around the world to continue to put pressure on China on a large range of issues, whether it’s cooperating with international organizations like the WHO, whether it’s respecting international law, whether it’s not using the kind of coercive diplomacy that has two Canadians [spending] another Christmas in arbitrary detention. These are things we take very seriously and we’ll continue to work with our partners on,” he said.

Trudeau was referring to Canadians Michael Spavor and Michael Kovrig, who have been detained in China since December 2018, after Canada arrested Huawei executive Meng Wanzhou on a U.S. extradition warrant. Meng was accused of bank fraud when she reportedly lied to HSBC about her company’s business relations with Iran. The arrest of the “two Michaels” is widely believed to be China’s retaliation against Canada.